Russia can invade Ukraine at any moment, warns US 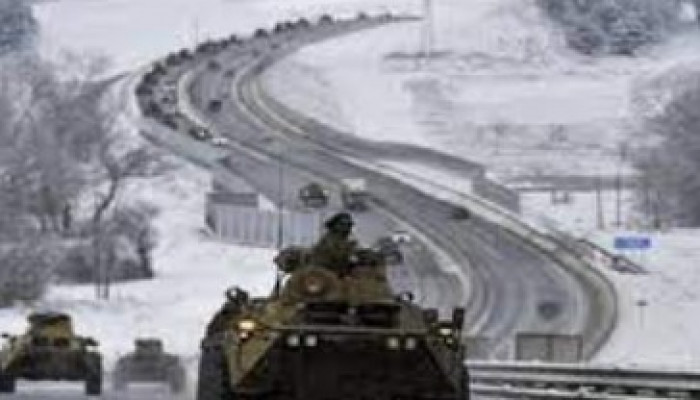 On Tuesday, the United States reiterated that Russia may attack Ukraine at any time as tensions over Ukraine grew. Washington, while calling the situation "extremely dangerous," kept diplomatic doors open with Moscow, according to US Secretary of State Antony Blinken, who spoke to his Russian counterpart, Sergey Lavrov, and arranged a meeting in Geneva this week.

Jen Psaki, the White House press secretary, blamed Russian President Vladimir Putin for creating the crisis by amassing 100,000 Russian troops along the border with Ukraine, “This includes moving Russian forces into Belarus recently for joint exercises and conducting additional exercises on Ukraine’s eastern borders. Let’s be clear. Our view is that this is an extremely dangerous situation. We are now at a stage where Russia could, at any point, launch an attack in Ukraine…That’s starker than we have been.”

Russian officials would face severe consequences if they rejected diplomatic engagement, said Psaki. As part of his first trip to Ukraine, Blinken will highlight US support for Ukraine's sovereignty and territorial integrity, according to a senior state department official. As part of our unified response to Russia's actions, Blinken will continue intensive consultations with European allies and partners in Germany, the same official stated.

During Lavrov's visit to Geneva on Friday, he will meet with the Russian foreign minister. The senior official said, “The United States does not want conflict. We want peace. President Putin has it in his power to take steps to de-escalate this crisis so the United States and Russia can pursue a relationship that is not based on hostility or crisis.”

The United States has intensified its warnings against Russian actions in recent weeks. In Geneva, NATO and Russia discussed the situation bilaterally, and the US and Russia discussed it together under the auspices of the Organisation for Security and Cooperation in Europe (OSCE) in Vienna, but no breakthrough was achieved.

The latest trigger for the crisis is Russian troop movement to Belarus. A second senior state department official said, “Reports of Russian troop movements towards Belarus, which these movements are supposedly under the auspices of regularly scheduled joint military exercises, are concerning. The timing is notable, and of course raises concerns that Russia could intend to station troops in Belarus under the guise of joint military exercises in order, potentially, to attack Ukraine from the north.”

Upon reading the official's remarks, it appears that Belarus is planning to amend its constitution in a way that would allow Russia to garrison forces on Belarusian soil; this could be an indication of Belarus's plans to allow Russia to station conventional and nuclear forces on her soil.According to the official, the issue was not so much about the Kremlin's intent as it was about its capabilities. "This represents an expansion of Russia's capability to launch this attack, an expansion of its options, avenues, and routes."

In an official statement, he said that the US was concerned that Russia was trying to set up a pretext for an invasion. “This idea that Russia could be laying the groundwork to have the option of fabricating a pretext for invasion – whether it’s through sabotage activities, information operations, or troop movements – this is something we are paying very close attention to.” Giving a more specific timeline, the official said. “Russian military plans to begin activities several weeks before a military invasion are something we have been watching closely, and our assessment has been that could happen anytime between mid-January and mid-February.”

Though it reiterated that Russia showed no signs of de-escalation, the Pentagon seemed more circumspect about Putin's ultimate goal. "It would be difficult for us to determine, with specificity and certainty, what Mr. Putin is trying to accomplish here," Pentagon spokesman John Kirby told reporters.

There is no doubt that he is laying down a force posture that provides him with many options. It's hard to know what options he'll choose right now, and we are still not convinced he has made a final decision."