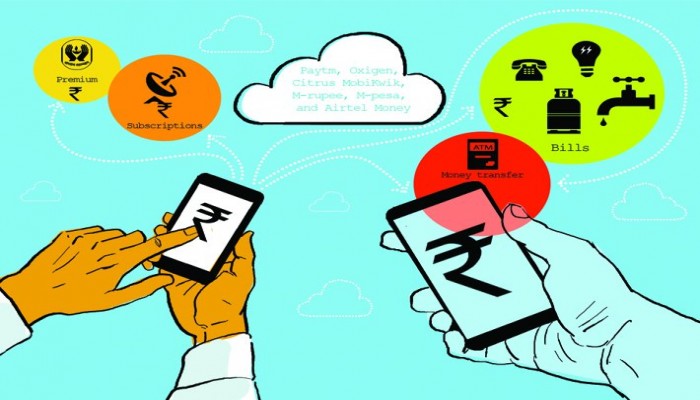 The Eleventh five-year plan (2007-12) stipulated ‘Inclusive growth’ as quintessential for sustainable economic growth. Inclusive growth means broad based and labour intensive growth which aims at reducing income disparities, raising standard of living and alleviating poverty so that the benefits of economic growth are equally shared by all the segments of the society including vulnerable sections. Unrestrained access to basic banking services such as savings, payments, remittances, insurance, loans etc. bridges the gap by unleashing the productive capacities and bringing the marginalized sections of the society into the mainstream. Bringing the marginalized sections into the ambit of financial inclusion can spur economic development by boosting investment and credit as there will be higher pooling of savings from the segment representing bottom of pyramid which leads to multiplier effect on the economy1. Therefore, Financial Inclusion is inevitably crucial for achieving inclusive growth. Financial Inclusion refers to the provision of broad range of financial services, such as deposits, loans, payment services, money transfers and insurance to poor and low-income households and their micro-enterprises (Asian Development Bank, 2000).

The Cooperative movement in 1904 ushered the concept of Financial Inclusion which later got boost in 1956 with the formation of SBI and further got leveraged by the nationalization of 14 Commercial Banks in 1969. Financial Inclusion was formally articulated by Dr. Y.V. Reddy in the Annual Policy Statement of 2005-06 wherein the recommendations made by 2004 Khan Commission were incorporated. In 2005, a small village named ‘Mangalam’ in Puducherry became the first very village in India having access to banking services for all the households under the financial inclusion programme introduced by KC Chakrabarty, the then chairman of Indian Bank.

Over the years financial inclusion drive has gone beyond the confines of various financial regulators and has assumed the character of a broader national development policy goal2. A number of initiatives have been taken by various governments in the past so as to align the unbanked with the mainstream. As a result of which, the share of adults owing an account in India in 2018 is 80% moving up from 53.1% in 20143 and the CRISIL Inclusix Score of India pegged at 58.0 on a scale of 100 by the end of fiscal 20164.

Over the years, financial inclusion paved the way for millions to the bouquet of financial products in a calibrated manner whereby the vision is to make banking accessible to all rather than making it an elitist affair. The transitory phase from being unbanked to being included in the mainstream has proved to boost the socio-economic empowerment of the populace5,6,7 whereas other studies focussed that financial inclusion policies should be capable of covering the cost of implementation and adequate capital should be available with service providers for effective implementation of policies at ground level8.

Effective implementation of policies is utmost crucial for raising the standard of living of the marginalized sections of the society5 and therefore the present-day policies should go beyond than just ensuring the provision of credit services to the downtrodden sections of the society9. Marginal farmers, migrant workers, unorganized sector enterprises, women, slum dwellers, landless laborers, ethnic minorities and socially excluded groups are the major strata that are covered under the wide category of financial exclusion2.

Among these segments, India has preponderance of unorganized sector which accounts for more than 90% of the total workforce as per the data represented by National Commission for Enterprises in the Unorganized Sector (NCEUS). The concept of informal or unorganised sector made headway for the very first time in 1971 when a British economist Keith Hart coined the term ‘Informal Sector’ while doing a detailed study of urban Ghana wherein the rural migrants owing to lack of skills and experience were forced to work in the informal sector.

As per NCEUS, Informal workers have been defined as “those working in the unorganised enterprises or households, excluding regular workers with social security benefits, and the workers in the formal sector without any employment/social security benefits provided by the employers”. This sector contributes more than 50% of the GDP but the sordid picture is that the corresponding benefits have not been filtered down to the workers. It has been observed that over the time period unorganized sector has remained the most unattractive sector due to low EVAs and high NPAs10 whereas others claim that Financial Inclusion has been instrumental in boosting the socio-economic empowerment of the industrial workers7 and provision of financial services can boost the socio-economic empowerment of the sector11. Therefore, financial inclusion has been instrumental in connecting the workers in the unorganised sectors with the mainstream.

Implications of the COVID-19

The novel coronavirus followed by a series of lockdown has caused great disruption in the international supplies leading to suspension of production capacities and calibrated job opportunities especially in the manufacturing and automotive sector. International Monetary Fund (IMF) projected contraction of the global economy by 3% in 2020 making it the worst recession since the great depression and much severe than the global financial crisis whereas a growth rate of 1.9% for India for the financial year 2021-22 has been forecasted signalling the exacerbated inequalities in the future12.

The ILO estimates have represented a grim state of affairs as there is going to be a significant rise in unemployment with a parallel rise in underemployment. It is estimated that in a low scenario around 5.3 million, mid scenario 13 million and in high scenario 24.7 million will lose their jobs to the crisis. The lockdown imposed in various nations will affect 2.7 billion workers globally representing around 81% of the world’s workforce whereas around 37.5% are employed in high risk sectors as accommodation and food services, rental, manufacturing, real estate, business and administrative activities13.

Barclays estimated USD 120 billion as the cost of imposed lockdown in India indicating a tinted picture of the economy ahead. The unexpected pandemic has squeezed the funds from the market providing big blow to the economy. Therefore, it is utmost crucial to connect each and every segment to the mainstream. Financially inclusive system has the capacity to inject huge capital back into the market having multiplier effect on the economy.With tens of thousands of the workers in standstill, it is imperative that comprehensive and structured inclusive policies should be implemented so that these workers can be aligned with the streamline. Providing access to various financial services can significantly impact the lives of these workers. Recently, a great amount of funds have been declared as stimulus packages by the union and respective state governments therefore to build resurgence effective distribution and timely utilisation of the same is contingent upon a strong and efficient financial system.

The gaping cracks made by pandemic calls for such policies that can revamp the worrisome situation. The stimulus package announced by the government will enact as fiscal artillery in addition to RBI’s monetary ballast. Henceforth, an inclusive financial system will illuminate the pathway for effective penetration of the stimulus package by eliminating the issue of meddling. The package was built around four corners which is land, labour, liquidity and laws. The tranche-2 of the package was focussed on empowering the migrant workers, labourers, small farmers and poor and therefore various reliefs in form of food, rental accommodation under PM Awaas Yojana, Mudra Shishu Loan were announced under the same.

The Direct Benefit Transfer Scheme of the Government of India can play a major role in this direction as it has scrapped the sub-optimal service delivery system. It has bypassed the inefficiencies of the traditional service delivery mechanism and ensures seamless transfer of cash and kind benefits onto the financial address of the targeted beneficiary thus weeding out the bogus identities.

Under the scheme, all the support and welfare programmes generating from multiple sources will be consolidated leading to de-duplication so that right amount reaches the right person at right time henceforth plugging the leakages. PDS benefits declared under the stimulus package can directly be transferred to the beneficiary without there being any need of middlemen.

Under the PM Garib Kalyan Yojana declared earlier this year, free gas cylinders to the poor during the crisis period (April- June) were announced whereby oil marketing companies would directly transfer the money onto the bank accounts of the Ujjawala beneficiaries. During April–June around â¹9650 crores have been transferred to over 7.5 crore beneficiaries using DBT as a mechanism but around 31 Lakh women eligible for free LPG cylinders under PM Ujjawala Yojana remained aloof due to non-operational bank accounts indicating the pivotal role of inclusion into the financial system for the welfare services.

Since April 2020, over â¹186385 crores have been disbursed under 372 active schemes with major biggies being fertilizers and PDS with transfers over â¹45320 crores and â¹27109 crores respectively (Direct Benefit Transfer Scheme, M/o Finance).

Moreover, many state governments have declared the reimbursement of medical facilities for the downtrodden sections. Savings account with the financial institutions are crucial in order to withstand the weather. Basic Savings Bank Deposit Accounts can be penetrated for the effective transfers to the genuine beneficiaries. PM Jan Dhan Yojana which has been touted as a roaring success over the globe can be instrumental in provision of credit facilities to the most affected in the pandemic. Access to a basic bank account with adequate credit facility to these workers is pertinent for building resilience in the economy as the workers especially in unorganised sector constitutes around 91% of the workforce.

The virus propelled asymmetric growth has led to comatose situation in the economy. Suspension of production in various parts of India veered away the workers especially industrial workers back to their hometowns with no source of income left with them. Therefore, it becomes utmost priority of a responsible government to ensure the basic necessities to them henceforth an inclusive financial system is the medium to reach the multitude of populace to ensure an instantaneous disbursal of funds in form of relief, grants and packages to the impacted ones.

An inclusive financial system will eliminate the scrupulous middleman and pave the way for various welfare programmes to reach its right destination. Unprecedented times call for a strong and integrated financial system so as to build resurgence and resilience in the economy.