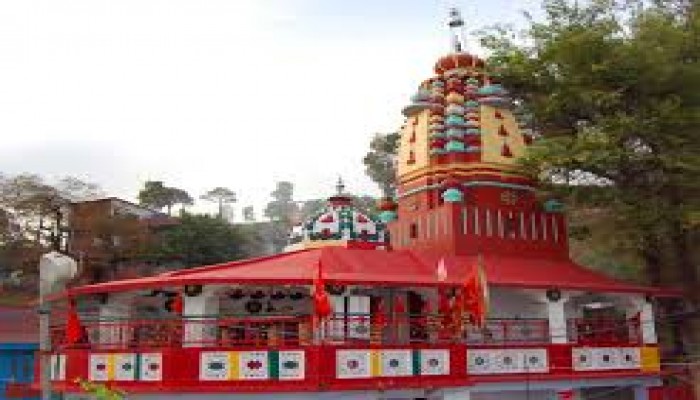 On Durgashtami, you entered the Shoolini Temple at Solan in Himachal Pradesh and saw that the havan was being performed to celebrate the special occasion for the Mother. You asked to participate in the havan and this was objected to by the priests. Then, two days later, on Dussera you performed the havan.

In an interview that followed, you stated that as a woman you would stand for equality of women. I am a woman, so must assume that you are going to stand up for me and applaud you? I am analysing…

First of all, you barged in as a ceremony was going on and destroyed the sanctity of the ceremony. The trained priests are employed to perform havan, so did you ask them beforehand if you could participate in the havan? If you did and if it was denied, did you take other steps to take forward the issue rather than just bulldoze into a temple on a very auspicious occasion and disrupt the sacred ceremony?  Do people barge into your office and demand to do your work? Is this decent behaviour? Moreover, are you the deciding authority if you had to give such a permission? What made you assume that the priests had decision making powers of this kind? Certainly, this is not the kind of behaviour that I would approve of even by my own family member, leave alone an IAS officer!

At this stage let me state that there are many temples with priestesses and your demand is not a novelty except for the media attention. Off the top of my memory - this Kerala temple, this Odiya temple, Arya Samaj all have priestesses. Of course, none of them barged in anywhere and asked to be one. They went through the rigour of becoming one instead! You might have done that, if you were serious about the whole thing.

Second, you said that you stand up for women’s rights. Yes, that is commendable, and I would be among the millions of women in our country to stand up right beside you and behind you like solid rocks.

It would have been wonderful if you stood up for women who are crying their loudest cries in silence, those women who are barred from being educated, who are married off at a very early age, who are forced to wear a certain type of clothing and to bear many children, who are denied entry into their place of worship, who are threatened with talaq if they fail to satisfy not merely their own husbands but (very probably) also other male members in the family, who are (as per ‘their’ law) treated as half or lesser than  their husbands or brothers when it came to inheritance.

It would have been wonderful if you stood up for women who, having given up worldly life, are  witness to scores of paedophilic abuse by their male peers for years and years, are forced to be the love objects of their male peers in the very abode of worship, who are threatened with sanctions if they so much as whimper out about this blatant abuse, who are killed if they fail to keep mum about it, whose life is smothered by such brutish male dominance all in the name of religion.

Yes, you could have been wonderful in a most constructive way, but you chose publicity instead. You chose to create an issue where none existed and play the role of a hero there. You ought to be a powerful heroine but, unfortunately for us, the tax-payers with whose money you have been trained and are being paid, you are opting to be a silly media shero (yes that’s not a typo).

You can be left alone if you could convince us that you are merely a misguided, brainwashed girl who happens to have somehow qualified to a profession for which you are a misfit, but the other coincidences are too many to ignore. We remember Trupti Desai who barged into Shani Shingnapur, we remember Fathima who barged into Sabarimala. We know that the news about you is agenda driven and staged. We know that you are intelligent but of the misplaced kind. Young lady, you are down a slippery slope in life for, you have lost the respect that you could have easily earned and, rather, will be remembered for the wrong reasons.