Republic Day 2023: Indian Army to showcase only 'Made in India' weapon systems during parade 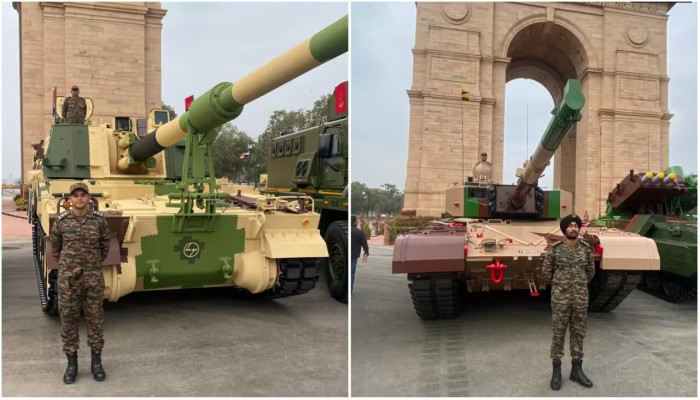 In an attempt to give a push to the central government's 'Make In India' initiative, the Indian Army has decided to showcase only Made in India weapon systems at this year’s Republic Day parade.

During the parade, all the equipment including ammunition will showcase India's indigenisation power including 21 Gun Salute through 'Made in India' 105 mm Indian Field Guns and recently inducted LCH Prachand.

"105 mm Indian field gun will give 21 gun salute, mechanised Columns will have armour core MBT Arjun, mechanised infantry's BMP 2 and Nag Missile system will show its might," he told ANI.

“ALH Dhruv and ALH Rudra will be seen, and Indian Air Force Prachand will also be on display in this year's Republic Day," he remarked. Notably, the Prachand Formation will be comprising one LCH in lead with two Apache Helicopters and two ALH MK-IV aircraft in echelon would fly in five aircraft "Arrow" formation”.

Meanwhile, the Indian army also showcased 'Made in India' weapon systems on Tuesday, at India Gate ahead of Republic Day.