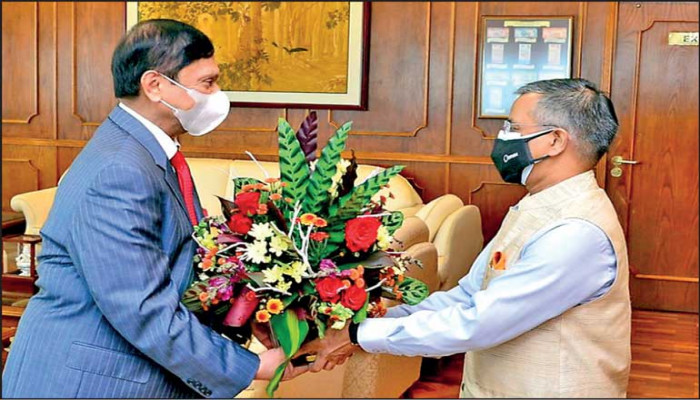 India on Thursday confirmed a $400 million currency swap with Sri Lanka while deferring another $500 million due for settlement to the Asian Clearing Union (ACU).

This agreement is aimed at helping the island nation witnessing an unprecedented economic crisis.

In a tweet, the Indian mission in Colombo said High Commissioner Gopal Baglay met Central Bank Governor Ajith Nivard Cabraal and expressed “India’s strong support to Sri Lanka” in the wake of the Reserve Bank of India extending facilities of $900 million over the last week.

“Had an excellent discussion with Indian High Commissioner to #SriLanka HE Gopal Baglay at my office this morning where he confirmed the #SAARC #SWAP by RBI and other forms of bilateral cooperation,” Cabraal said in a tweet.

The ACU is a regional initiative with the Central Banks and Monetary Authorities of Bangladesh, Bhutan, India, Iran, Maldives, Myanmar, Nepal, Pakistan and Sri Lanka.

India’s confirmation of the swap comes a week after the two countries signed a long-pending agreement on jointly developing the strategically located Trincomalee oil tank farm along the north-eastern coast of the island.

According to The Hindu, the recent agreement gives both countries an opportunity to elevate “transactional” ties to a more “strategic level”, said Milinda Moragoda, Sri Lanka’s High Commissioner to New Delhi.

He also recalled a proposal made in the “roadmap" on bilateral ties he presented while taking charge in New Delhi last year.

“The sooner we evolve a sound business plan, the better this project will work for both countries,” he said.