Rahul Gandhiâs interview which was easy by even his standards 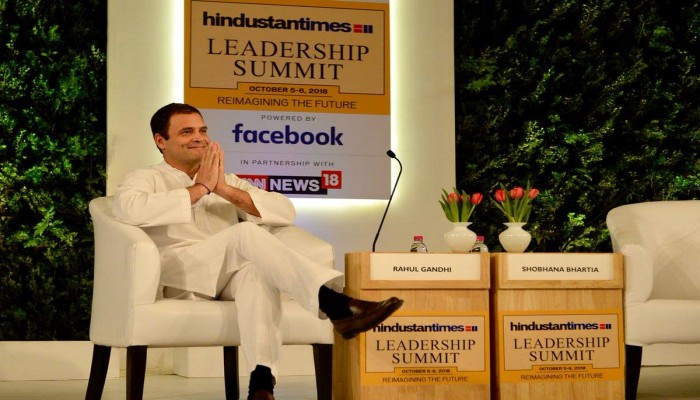 Can you imagine how easy an interview would have been if Rahul Gandhi himself said “You asked me easy questions?”. Since I took the pain of watching the interview and would not want you to go through the pain, I will share some of the “easy questions”.

Q: They say it is very lonely at the top. Do you have anyone special in your life?

A: I have many special people in my life. My mother, my sister and many others.

Q: There is no one special person?

Q: What is the difference between the working styles of you and your mother

A: She goes by feeling and I go by thinking.

If you thought that these were some passing questions and the rest of the interview had a lot of content, then let me reveal something to you. I am purposely placing my statement in capitals. THERE WAS NOT A SINGLE QUESTION ON RAFALE LIES. NOT A SINGLE QUESTION! Can you imagine someone getting a chance to interview Rahul and missing out on Rafale? No wonder Rahul himself said – You asked me easy questions!

Rahul Gandhi’s condescending attitude towards problems was on full display too. For example, he thinks that the Indian farmer will be content, if the political leadership goes, listens to him, hugs him and says “I can’t do anything about your problem!”. This is *actually* what he said. He thinks it is ok if you don’t solve problems, but it is enough if you have a “conversation”. Indian farmer apparently is merely content with someone listening to his/her problem. Do we really want a political leadership that takes this kind of pathetic approach towards our problems?

While commenting on UPA, he refers to his mom and says, “The boss is here”. This is the respect they have towards the post of the Prime Minister. Speaking of which, he was asked that question too – Would he be the PM? He goes on to say that if all allies agree then “Sure, why not”. The casual and condescending approach towards such important queries is simply outstanding.

We have written many times as to how Rahul Gandhi escapes serious scrutiny. In this interview, he boasts about how he is always open to taking questions and Narendra Modi is not. Even here, he was not challenged on the many number of interviews that Prime Minister Modi has given. No wonder he himself was patting the interviewer that she asked him easy questions.

Through twitter I came to know that the interviewer was the daughter of K.K.Birla who owns the Hindustan Times. She was appointed to the Rajya Sabha by “the boss”, Sonia Gandhi in the “literature” quota. Through this interview, it seems like she has repaid her debt.