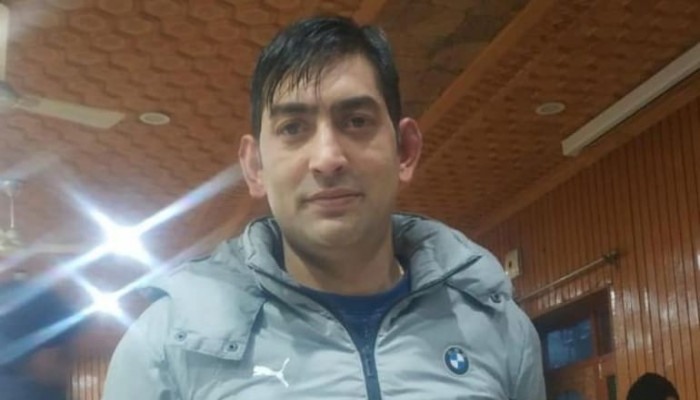 In a massive development in Rahul Bhat's tragic murder case, all three terrorists who killed the Kashmiri Pandit have been eliminated, confirmed J&K DGP Dilbag Singh.

This comes hours after Bhat was laid to rest. Earlier, J&K's Lieutenant Governor (LG) Manoj Sinha met Rahul's family, and assured them that the government stood by the grieving family, further asserting that terrorists and their supporters will pay a 'heavy price'. "The terrorists eliminated today are suspected to have been involved in the killing of Rahul Bhat in Chadoora Budgam yesterday," said DGP Dilbag Singh.

For the first time in perhaps decades, Kashmiri Pandits scattered across the Kashmir valley on Friday came out on roads in a spontaneous display of anger against the killing of Rahul Bhat in central Kashmir's Budgam district on May 12. In Sheikhpora village in Badgam, Kashmiri Hindus tried to march towards Srinagar but the police prevented them and resorted to teargas shelling to disperse them.

Bhat, a government employee, was targeted at a tehsil office in Chadoora locality of Budgam district on Thursday afternoon. A senior police officer said two gunmen barged into the office and shot the victim from a point-blank range with a pistol. Bhatt was a junior assistant in the revenue department.

In Sheikhpora, protestors said Lieutenant Governor's administration should provide security to the minority community otherwise they would resort to mass resignation from their government posts. Protestors have demanded swift action against the perpetrators, reiterating the government implement its policies to stop targeted killings of the minority community in Kashmir.

The protesting Kashmiri Pandits further warned of a befitting response if Pakistan continues to 'disturb the atmosphere in India'. Condemning the killing of Rahul Bhat, demonstrations have now blocked the movement outside Janipur Police station of Jammu.

Demanding safety procedures to further avoid such incidents of targeted killings of Kashmiri Pandits in future, one of the protesters told Republic, "These are selective killings. Situation is similar to the 1990s".

On May 13, the country, along with Bhat's family members bid adieu to the government official. Expressing their grief and anger, the relatives of Bhat echoed chants of "Rahul Bhat Amar Rahe" and "Pakistan Mudrabaad", as he was laid to rest.