Pushback against Afghan refugees continues as Iran deports over 7,000 migrants in past week 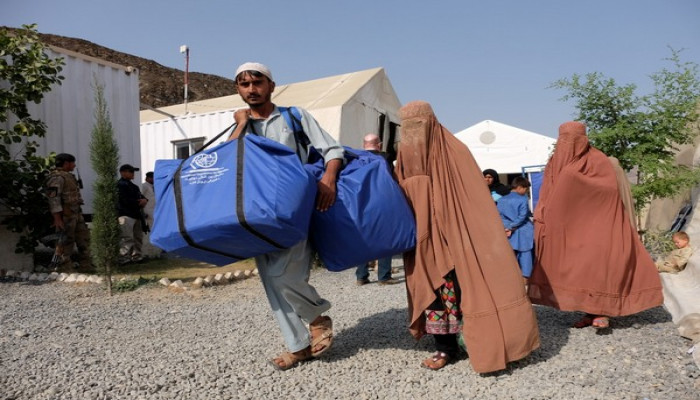 As Afghanistan continues to remain under the grip of a humanitarian crisis, more than 7,000 Afghan refugees have been deported by Iran in the past week, the Taliban-led Ministry of Refugees and Repatriation said on Thursday.

Earlier, Iran’s Ambassador to Kabul, Bahadur Aminian, said that around 3,000 Afghans per day are entering Iran illegally and the same amount are travelling to Iran with visas and legal documents.

“Most of those who go to Iran through illegal means face the risks of human trafficking and a lack of services,” Aminian said.

According to Khaama Press, before the Taliban took control of Afghanistan, around 3.4 million refugees were living in Iran, of which roughly 2 million lacked the proper documentation to do so, according to the UN High Commissioner for Refugees (UNHCR).

In Afghanistan, the number of internally displaced persons has been increasing rapidly in the past 5 years. Globally, Afghanistan remains the 6th largest IDP country and the largest IDP population in Asia and the Pacific region at 3.5 million — a 20 percent increase compared to the previous year.

By the end of 2021, there were 7,77,000 newly displaced Afghans during the year due to the deterioration in conflict and insecurity in Afghanistan. 58 percent of the IDP population in Afghanistan are children under 18 and 21 percent are women.

The UNHCR report has argued that durable solutions for Afghans include voluntary repatriation, resettlement to a third country, local integration, naturalization and return to the place of origin prior to displacement.

Earlier in a statement, Amnesty International urged all countries to cease deporting Afghan migrants to Turkey or Iran, where they risk incarceration, torture, other ill-treatment, and forced deportation to Afghanistan.