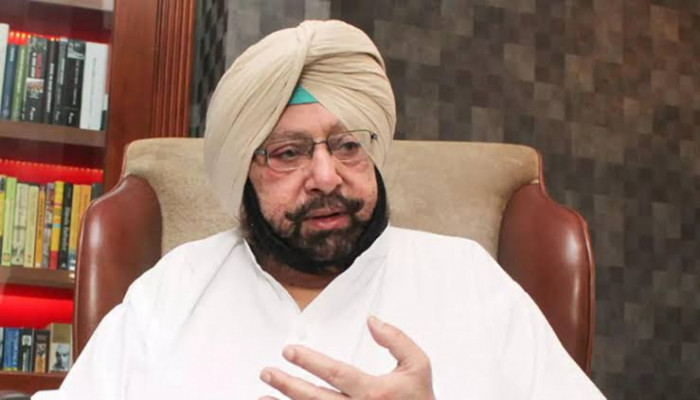 Chief Minister Amarinder Singh today, for the first time since the farmers' protest began last year, expressed serious concern over how it was adversely affecting Punjab's economy. He asked those taking part in the agitation to focus on the "Union government" in New Delhi and leave the state and its administration out of their campaign. His comments drew sharp criticism from the opposition.

"If you want to build pressure on the Union government, then shift your protest to Delhi. Do not disturb Punjab with your protests," the Punjab Chief Minister said today.

"Even today, farmers are protesting at 113 locations in the state and it is affecting our development," he said at a function to lay the foundation stone for a Government College at Hoshiarpur district's Mukhliana village.

He was scheduled to distribute loan-waiver cheques among landless farm labourers.

Speaking about his own government's responsiveness to their cause, the Chief Minister said his administration had recently increased sugarcane prices after farmers had met him.

Earlier, he himself had led protest marches against the three Central farm laws that has left thousands of farmers irate and rebellious. Thousands of them, especially those from Punjab, Haryana, and Uttar Pradesh, have parked themselves along Delhi's border points since Last November.

"...it's an irresponsible statement. It proves that it was Amarinder Singh who provoked the farmers," Mr Vij said in a tweet. The protesting farmers' ire has been particularly intense towards Haryana's Manohar Lal Khattar government. Especially since the state, like the Centre, is ruled by the BJP.

Kaur, who quit the Union cabinet in protest after the introduction of the three laws sparked a furore, said this was Singh's "plan all along".

The Aam Aadmi Party, reacted saying the Chief Minister seemed to be now siding with Prime Minister Narendra Modi, whose government brought in the three laws in the first place.

"Every section of the society, be it farmers, students or traders will be impacted by these farm laws. Is Chief Minister Amarinder Singh trying to create a wedge between traders and farmers?" asked Neel Garg, Spokesperson for AAP's Punjab unit.

"If you are so concerned about the economic condition of the state, then do share how many new industries have been set up in the state."