Polite Lies and Inconvenient Truths - The Legacy of the Education Ministers 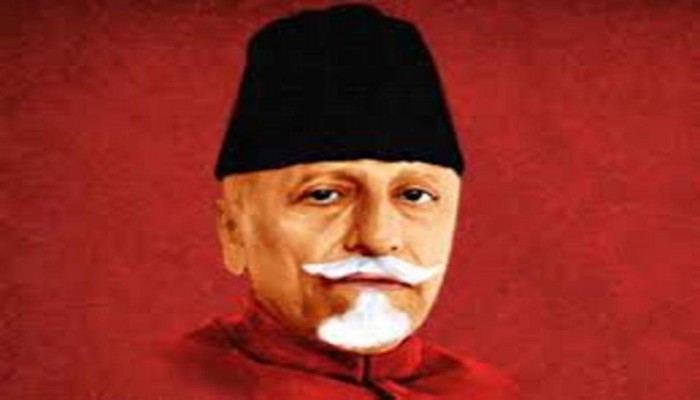 Recently, a senior Police office, Mr Nageswara Rao tweeted his opinion about the outright hostility to Hindu beliefs embedded in the Educational system in India.

It is instructive to note that all of these leaders were devout Muslims and committed to Islamic ideals.

Be that as it may, here is a small background on Maulana Azad, his educational background and his beliefs.

Maulana Azad was from a family of Afghan origin that had lived in Bengal for many years. His father had left India after the 1857 War and settled in Makkah. His mother was from Medina and the daughter of a prominent cleric.

The family settled in Calcutta when the Maulana was a child. He was home-schooled in Islamic theology and Islamic jurisprudence. It may be interesting that all of formal education in India was placed in the hands of a man who had never undergone education in a regular school or college and whose primary languages of intellectual discourse were Arabic and Persian.

He demonstrated precocious intelligence and had advanced in his studies to be able to contribute to a literary magazine at the age of 14.

Having had a brief look at his background, let us see what his opinions and positions were. Some of his opinions

Given his background and his opinion, is it not possible that if history writing of India were under his supervision, there would be a natural tendency to represent the Islamic rule in favourable terms?

His successor, Humayun Kabir, was Western educated and was much more conversant in Urdu and English. He served for several years as Maulana Azad’s deputy and can be assumed to have shared many of the Maulana’s views.

The first 15 odd years of Independent India were thus handed to Education Ministers with the views of a Muslim cleric. Is it any wonder that when the famous Nehruvian scientific temper is invoked, the subject of its scrutiny is almost always the Hindu and his religion?

We could go on and examine the views of successive occupants of the Education Ministry such as MC Chagla, Fakhruddin Ali Ahmed and Nurul Hassan, but suffice to say that they were from the same social milieu of upper class North Indian Muslims, the same class that was at the forefront of the Pakistan movement.

Given this background, is it any surprise that one after the other, Establishment historians called to testify in the Ayodhya Ram Janmabhumi case, perjured themselves and gave untenable evidence?

Will not whole generations of historians continue to paper over the unspeakable atrocities committed by the rulers like Bakhtiyar Khilji and Tipu Sultan?

One may note that the two Hindu names – Chandrasekharan and Ravindranath – are from the Communist Party and are as such, Atheists.

The 50% of Hindus of Kerala thus never had any representation in the Education Ministry. Is it any wonder that Scheduled Castes and Scheduled Tribes lag behind the rest of the State in educational attainment?

That the State leads in per capita ISIS Brides and fighters is very much an indicator that while the literacy percentage is very important, it is equally important to be cognizant of what we are teaching our children.

What we need to confront is the polite lies of the Indian Republic that hide in plain sight. The truth is inconvenient, but only in the truth is the path to our intellectual freedom.

Image Credits: The Times of India