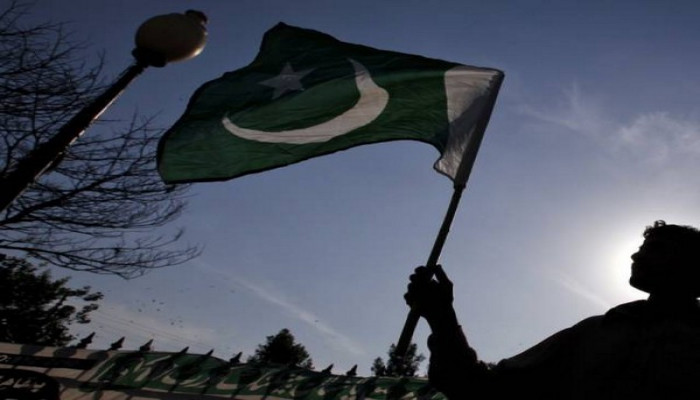 Pakistani authorities resorted to tear gas and baton-charge the party workers of Pakistan Tehreek-e-Insaf who were preparing for a rally on Saturday morning against the ouster of the Imran-Khan led government in Sialkot, according to local media.

Dawn newspaper, citing PTI's tweet, said that multiple party members, including leader Usman Dar, had been taken into custody ahead of the rally scheduled to be held later in the day.

Citing television footage, the Pakistani newspaper reported that police personnel were seen dismantling structures erected for the rally while clouds of tear gas were also seen in the footage.

According to the District Police Officer (DPO) Hasan Iqbal, who was present at the rally venue, the local Christian community had objected to holding the public meeting on the ground, saying that it was their property.

"As you know we are right now standing on a ground that belongs to the Christian community. They had filed a writ (petition) in the High Court, asking that no political rally be held on the grounds," Iqbal said, adding that the court then directed the Sialkot deputy commissioner to listen to both parties and decide the case.

On Friday, the former Prime Minister Imran Khan demanded the date of the next general elections in the country.

While addressing a power show in Attock on Thursday, Imran Khan urged people to unite with the PTI for a long march aiming toward an "independent Pakistan". He declared that he was prepared to face any consequences that come his way, be it getting killed or being arrested, reported Ary News.

"Send your families if you cannot participate yourself due to the fear of losing your jobs," stated the ousted Pakistan Prime Minister in his address to government employees.

Earlier, ousted Prime Minister Imran Khan, while addressing the Mianwali rally, said that the public march of millions of nationals cannot be stopped by anyone, including Pakistan Interior Minister Rana Sanaullah and even the newly-elected Prime Minister PM Shehbaz Sharif. Imran Khan is also likely to be booked for using 'filthy' language in public meetings against national institutions.

Given the circumstances, it is quite evident that a large scale clash would be hard to avoid. To contain the probable situation, the incumbent Pakistan government would go for massive arrests of PTI leaders and activists in the backdrop of the preparations for the protest and long march.