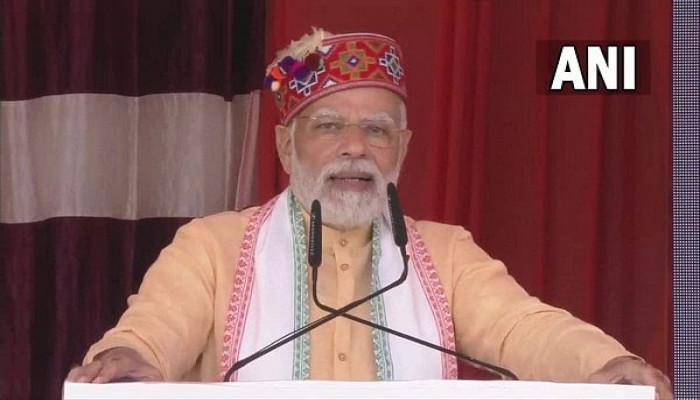 Prime Minister Narendra Modi on Wednesday extended greetings to citizens on the occasion of Dussehra and expressed his happiness to be a part of the International Kullu Dussehra Festival that is to be celebrated here from October 5 to 11 at the Dhalpur Ground in Kullu.

The festival is unique in the sense that it is the congregation of more than 300 Deities of the Valley. On the first day of the Festival, the Deities in their well-decorated palanquins pay their obeisance at the temple of the Chief Deity Bhagwan Raghunath Ji and then proceed to the Dhalpur Ground.

“I am elated to provide the citizens of Himachal Pradesh citizens with the gifts of projects of education, health, and infrastructure worth thousands of crores,” PM Modi said adding that he will seek the blessings for the country by joining the Raghunath Ji Yatra.

“I am very fortunate to participate in the Kullu festival after so many years,” he added.

It will be the first time ever that the Prime Minister of the country would be participating in the Kullu Dussehra celebrations.

“The development projects inaugurated today on the occasion of Vijayadashami will play an important role in achieving the vision of a developed India by following the ‘Panch Pran’. Today, Bilaspur has got the double gift of education and medical facilities,” PM Modi said.

PM Modi’s remarks came after he inaugurated the AIIMS Bilaspur and laid the foundation stone of multiple development projects here.

On Independence Day, referring to the Amrit Kaal – the next 25 years till 2047 when India will be marking 100 years of Independence – the Prime Minister urged people to focus on ‘Panch Pran’ (five vows).

He said the country has met various challenges in the past 75 years and there were certain unfulfilled dreams, “the next 25 years are very significant for our country”.

The first vow is for the people to move ahead with a big resolve for a “developed India”. “We should not settle for anything less than that,” he had said.

The second resolve is that “in no part of our existence, not even in the deepest corners of our minds or habits should there be any ounce of slavery”.

The third resolve asked the countrypersons to feel proud of the heritage and legacy of India.

He said the fourth resolve, which is equally important is unity and solidarity.

“Amongst 130 million countrymen when there is harmony and bonhomie, unity becomes its strongest virtue. ‘Ek Bharat Shreshtha Bharat’ – is one of the unifying initiatives to actuate the dream of the fourth Pran,” PM Modi had said on August 15.

PM Modi said the fifth vow is the “duty of the citizens, in which even the Prime Minister, Chief Minister cannot be an exclusion as they are also responsible citizens and have a duty towards the nation”.