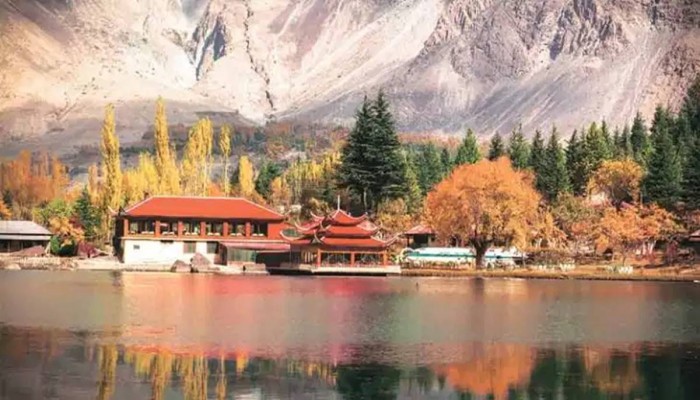 Abrogation of Article 370 has unsettled Pakistan. Risking its miniscule international reputation if any, Pakistan went hammer and tongs after India. Backed by China, Pakistan attempted to internationalise this issue. With even OIC (Organisation of Islamic Cooperation) refusing to pass a resolution condemning India’s legislation, the self-appointed ambassador of Kashmir, Prime Minister Imran Khan clamoured for international support. To disrupt the peace of the newly carved Union Territory of Jammu & Kashmir, Pakistan ramped up infiltration bids, made record high ceasefire violations and encouraged numerous Pulwama style attacks.

Revoking special status to Jammu & Kashmir, India effectively integrated the region and unequivocally asserted its sovereignty over the erstwhile Princely state. Resting on a legally flimsy ground, through inclusion of the Gilgit-Baltistan region, in the new political map Khan attempted to bestow legality to the $62 billion CPEC (China Pakistan Economic Corridor). Not contended with this unilateralism, on September 15th Pakistan NSA attended the Shanghai Cooperation Organisation (SCO) virtual meeting waving the new political map. India strongly objected to Pakistan’s effrontery for violating the Article 2 of SCO 15 that bars any cartographic adventurism. Indian NSA Ajit Doval walked away from the meeting in protest. SCO Chair, Russia rebuked Pakistan for the blatant violation of SCO charter.

Going at break-neck speed to encircle and contain India, China and Pakistan which have strategic interests in the region preparing ground for two-front war gave fresh push to Pakistan’s long-term strategy of making Gilgit-Baltistan its fifth province. Making no secret of its plans, on September 16th, Minister for Kashmir Affairs and Gilgit Baltistan, Ali Amin Khan Gandapur announced Pakistan’s decision “to elevate Gilgit Baltistan to the status of full-fledged province with constitutional rights including representation in the senate and the National Assembly” 16. Pakistan’s move transgresses the 2019 Supreme Court’s ruling of GB as disputed province and that its status can’t be changed by Pakistan government 17.

With new projects and construction of dams lined up for construction in GB under the CPEC, land acquisition is becoming increasing difficult. To runover the archaic colonial laws and increase Chinese accessibility to the region, at the command of “iron brother”, Khan announced elections to alter the status of the region. Elections to the Gilgit Baltistan Legislative Assembly (GBLA) scheduled for Aug 18th postponed due to Corona pandemic will be held on November 15th 18. European Foundation for South Asian Studies (EFSAS) viewed Khan’s decision as a “belated response to India’s move to scrap Art 370 and 35A” 19. It also added, “however, it is constant Chinese pressure on the military establishment to ensure proper regular cover under Pakistan’s legal jurisdiction for its investment in CPEC which enters Pakistan from China through Gilgit-Baltistan, that has forced the establishment to act”. Expectedly, military establishment is now herding opposition together to conduct elections. Also, it intends to use this occasion to internationalise Kashmir issue.

Despite India’s objections, under immense pressure from China, to iron-out the legal ambiguities, Pakistan’s foreign policy which finds more convergence with Beijing is attempting to consolidate its power. Bordering the restive Xinjiang province to the east, Afghanistan’s Wakhan corridor and Chitral district of Khyber Pakhtunkhwa (KP), GB, a rich reserve of various minerals is home for three largest glaciers- Baifo Glacier, Baltoro Glacier and Batura Glacier; contains eight highest peaks aside Mount Everest and Kanchenjunga. China which has constructed Karakoram Highway in the region, is now connecting the Kashgar region in Xinjiang to Gwadar port, (which doubles up as military base) to gain access to Arabian Sea under CPEC. China has high stakes in the region. It is constructing hydroelectric dams, SEZs and even stationed troops to safeguard its investments. Keen on securing investments and providing legal ground, Beijing is nudging a reluctant Pakistan military which is against granting any rights to people of GB to make it a province.

In the four months of Indo-China standoff the usual suspects cast aspersions on the abilities of the Indian dispensation to defend the sovereignty of the country. Unending panic-mongering came to an abrupt halt after Indian security forces gained tactical advantage over China by occupying major peaks South of the Pangong Tso. Since the official declaration of elevating GB as fifth province, the entrenched lobby of Pakistan sympathisers have been busy rewriting history and peddling lies about GB. Taking objection to India’s response, “Any action by Pakistan to alter the status of the military occupied so-called, “Gilgit-Baltistan” has no legal basis whatsoever and is totally void ab-initio”, the lobby began countering, “India has no defensible grounds to insist that Gilgit and Baltistan be “re-united” with it. Any assertion on the part of the Ministries in the Modi government that, “ we expect one day that we will have physical jurisdiction over it” or statements by  generals that Indian Army is prepared for an operation to “ retrieve” Pakistan-Occupied territory “ from the clutches of Pakistan” qualifies to be called by its rightful name-vistaarvad or expansionism”. Hence, it becomes imperative to understand the history of the region which is of great strategic significance.

Gilgit, also known as Dardistan, homeland of Dard speaking people was part of Maurya Empire. The surviving Asoka’s 14 rock edicts along the Karakoram highway 1 irrefutably testimonies to this claim. It was ruled by Kushans and Lalitaditya during the 8th Century. Besides its interactions with Kashmiri rulers, Tibetans held sway over the region. Rulers of Gilgit practised and patronised Buddhism. With the invasion of Shamser of Tarakhan dynasty in 1160 Islam made an entry into this region.  in 1335 Taj Mughal of Badakhshan invaded the region and introduced Ismailia doctrines. Throughout the Medieval period rulers of Gilgit belonged to Hunza, Nagar, Punial, Yasin, Ghizer and Chitral. Second lineage hailed from ruling families of Skardu, Khapalu, Shigar, Rondu, Astor, Karastshe, Tolti, Kargil and Dras. Gaur Rehman of Yasin killed the Shah Sikander and became the ruler of Gilgit in 1841. The brother of Shah Sikander, Karim Khan sought the help of Sikh Governor of Kashmir Sikander Khan to defeat Gaur Rehman. Dogra troops headed by Nathu Shah defeat Gaur Rehman. Karim Khan was made titular head and Nathu Shah returned to Srinagar to transfer power to Maharaja Gulab Singh 10.