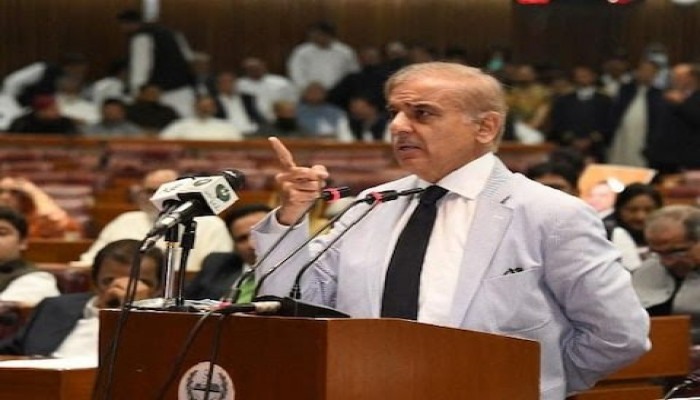 Pakistan Prime Minister Shehbaz Sharif on Friday announced a 10 percent “super tax” on large-scale industries like cement, steel and automobiles, a move he said was aimed at tackling spiralling inflation and saving the cash-strapped country from going "bankrupt."

High net worth individuals will also be subject to a "poverty alleviation tax," Sharif announced after chairing a meeting of his economic team on the federal budget for the next fiscal year 2022-23.

“Our first motive is to provide relief to the masses and to reduce the burden of inflation on the people and facilitate them,” Sharif said in a video message to the nation.

"Our second motive is to protect the country from going bankrupt," he said, adding that it has been devastated due to the "incompetency and corruption" of the previous Imran Khan-led government.

The sectors on which this “super tax” will be levied include cement, steel, sugar, oil and gas, fertilisers, LNG terminals, textile, banking, automobile, cigarettes, beverages and chemicals, he said.

Shariff explained that other motives included stabilisation of the economy.

"These aren’t just words, this is the voice of my heart and Insha Allah we will be able to achieve all these targets,” he said.

He said history had witnessed that in difficult times, it was the poor people who always made sacrifices.

"Today, it is time for the affluent citizens to do their part. It is their turn to show selflessness. And I am confident that they will contribute fully to play their part," Sharif said.

He said the institutions whose job is to collect tax should take from the rich and give to the poor.

The government has also pledged an increased tax collection from PKR 7 trillion to PKR 7.4 trillion in the next fiscal year beginning July 1. Sharif said teams will be formed to collect taxes after the passage of the budget bill.

"It is never too late. Today we have to demolish the walls of poverty, unemployment and hatred. We have to give birth to flowers of love and end thorns. This is only possible through a grand national dialogue and charter of economy,” he asserted.