Pakistan desperately needs a literacy day to educate their citizens about these misconceptions. 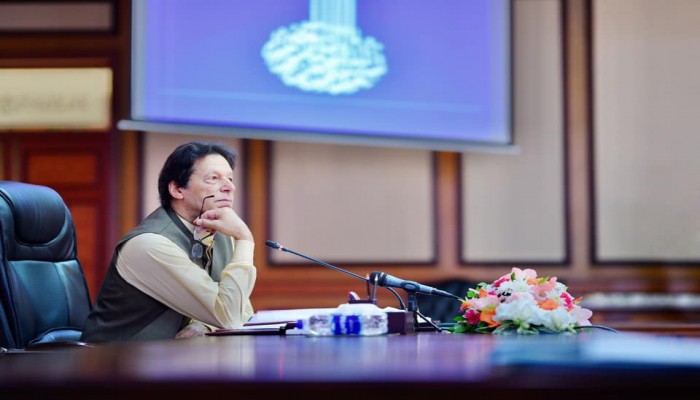 It’s perfectly fine for people at the highest level of an establishment to have less knowledge about certain issues, but to publicly display and almost gloat over your own ignorance, requires certain amount of dim-wittedness, which is difficult to possess.

If there’s one country which has the capability to master this art is Pakistan. Following is a list to expose Pakistan’s dilutions and lack to proper education that has contributed to it becoming a rouge state.

Early Saturday morning India’s Chandrayaan-2 faced a jolt, when ISRO lost contact with Vikram Lander. This was enough for so called Federal Minister for Science & Technology Government of Pakistan to mock and ridicule India and ISRO. Have a look at some of his tweets: -

It’s needless to say that he has got nothing to do with science, technology or research. If he had gone to school, he would know that it’s “India” not “Endia”. Moreover, science is about research and experiments. Hence, it’s always worth taking “Panga” i.e. trying or experimenting.

About “Wasting Money” probably this come from the economic crisis that his country faces. https://www.thenews.com.pk/print/522748-failing-in-meeting-imf-targets-widening-budget-deficit-imf-to-send-sos-mission-to-pakistan-on-16th So, we can be little considerate and empathetic towards his sentiments.

But he doesn’t stop here, in his reply to a twitter user, he gloats over suicide bombers. As if, it’s pathbreaking invention and something to be proud of. Since, he deleted that tweet, fearing the consequences here’s the snap shot.

All these are reaction to a mission by India, in which the efforts of Indian scientists are being praised all over the world.

So, before commenting on such issues, it would be better for him to at least get educated by scientists and scholars in Pakistan, if there are any. Because even that is being questioned by some.

Pakistan’s federal minister for Railways in an recent interview claimed https://www.tribuneindia.com/news/world/pak-minister-s-targeted-smart-bomb-remark-triggers-laugh-riot/827237.html that his country possess smart nuclear bombs, which will only target Hindus in India. Either Pakistan has successful and singularly invented such booms or he is lying.

It’s obvious, he is lying but to make such ill informed claims is not only hilarious but dangerous as well, because these people hold important positions in Pakistan. They make such sweeping remarks and talk about nuclear bombs as if nuclear bombs will be or are quite friendly towards them.

Someone in Pakistan need to educate these nincompoops that nuclear weapons are not for the usage as they suggest, but countries only possess them as deterrence.

Doctors of Pakistan are amidst crisis and soon will no longer be considered eligible to practice in Saudi Arabia. Saudi Arabia de-recognizes Pakistani postgraduate degree programmes - MS (Master of Surgery) and MD (Doctor of Medicine) - as acceptable qualifications for a medical licence (https://www.middleeasteye.net/news/pakistani-doctors-brace-uncertain-future-wake-saudi-decision-reject-their-medical-degrees).

As per media reports, The Saudi ministry found that the degrees lacked essential medical training required for senior jobs. Now, this is the standard of higher studies in Pakistan.

6TH September, for us Indians is as ordinary as any other day, but in Pakistan it is celebrated as a day when 1965 war against India began. They also believe or are made to believe that they won that war. Now, it’s basic understanding, as to how to decide who won a war and who didn’t is, just by looking at the objectives of the war.

All the war that are fought between Indian and Pakistan, they all are initiated by Pakistan and their primary objective is to Solve Kashmir issue or capture Kashmir militarily. Since the objective is not achieved and Pakistan is still crying about Kashmir, then to celebrate 6th sept is a bit concocted.

According to Maj Gen Akhtar Hussain Malik who planned operation Gibraltar “this operation was lunched to defreeze the Kashmir problem, Weaken Indian resolve and bring India to conference table without provoking a general war”. Hence, the gain from this war for Pakistan is an absolute zilch.

Pakistan needs to educate its citizens about it.

But, how can we expect things to improve in Pakistan, when the ambassador of “Naya Pakistan” i.e. PM of Pakistan also needs lessons in history and geography. As according to him, Germany and Japan are neighbouring countries and they share borders. According to him they also fought against each other in world war II. (https://www.youtube.com/watch?v=g8zDgHno9PU).

Historians and scholars in Pakistan should check, if this is what is taught in Pakistan. Fact is, as per geography, Japan is in East Asia and Germany is in Europe. As per history, Germany and Japan fought together in world war II.