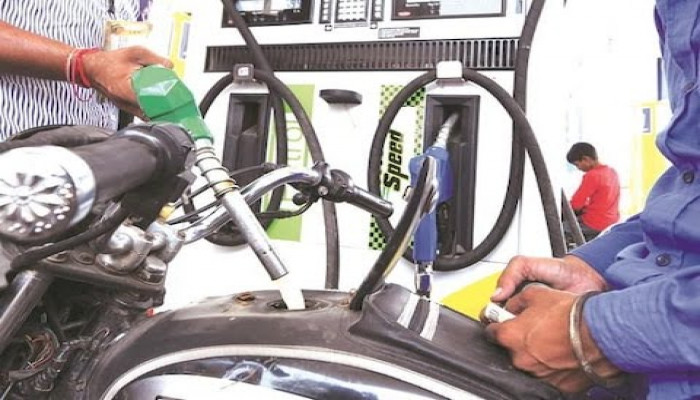 The record six-month-long freeze in petrol and diesel price revision in all likelihood will be extended after international oil prices rose on the announcement of deep production cuts by the Organization of the Petroleum Exporting Countries (OPEC+).

Some of the world's top oil-producing countries on Wednesday agreed to slash production by two million barrels per day to spur recovery in oil prices that had dropped to pre-Ukraine war levels, news agency PTI reported.

For India, this is bad news as a fall in oil prices in recent weeks had helped it cut down on its import bill as well as limit losses that state-owned fuel retailers were incurring on selling petrol and diesel.

Prior to the decision of OPEC+, losses on diesel had come down to about Rs 5 per litre from a peak of around Rs 30 a litre while oil companies had started making a small profit on petrol, industry sources said.

But the rise in prices of crude oil, which is refined to produce petrol, diesel and other products, and the weakening of the rupee against the US dollar would mean losses on diesel widen and margins on petrol erode, they said.

This prize freeze led to the firms booking losses on fuel sales as oil prices rose to a multi-year high of around USD 120 per barrel during May/June. Prices had started to ease in August and dropped to January levels last month.

The basket of crude oil that India imports had dropped to USD 84.75 per barrel on September 27 but the spurt in international oil prices following the OPEC+ decision led to rates rising to USD 92.17 on October 5.

Oil firms were hoping to recoup the losses they had booked since April if the declining trend was to continue but the reversal means they are back to square one, sources said.

IOC, BPCL and HPCL are supposed to revise the retail price of petrol and diesel daily in line with cost. But they froze rates for a record 137 days beginning November 4, 2021, just as states like Uttar Pradesh went to polls.

That freeze ended on March 22 this year and rates went up by Rs 10 per litre each in just over a fortnight before a new freeze came into effect from April 7.

Petrol currently costs Rs 96.72 a litre and diesel Rs 89.62 in the national capital. This is down from Rs 105.41 a litre price on April 6 for petrol and Rs 96.67 a litre for diesel as the government cut excise duty to cool rates.

The Rs 10 a litre increase, effected between March 22 to April 6, wasn't sufficient to cover the cost and the new freeze meant the accumulation of more losses, sources said.

Oil companies did not revise rates to help the government manage inflation which had already peaked at a multi-year high. It would have further spiked if petrol and diesel prices were increased in line with cost.

While the government insists that the pricing decisions are taken by oil companies, petroleum minister Hardeep Singh Puri had recently described the state-owned fuel retailers as "good corporate citizens" for not increasing the prices.

But the freeze meant that the three retailers post a combined net loss of Rs 18,480 crore in the June quarter.

Petrol was deregulated in June 2010 and diesel in November 2014. Since then, the government does not pay oil firms any subsidy to compensate them for losses they might incur on selling fuel at rates below cost.

Russia's February 24 invasion of Ukraine sent shock waves through global energy markets. Initial price spikes turned into lingering price rises as the global community imposed sanctions on Russia's key exports. Brent was at USD 90.21 per barrel before the invasion and rose to a 14-year high.

Some of the heat has come out of oil markets in recent weeks on fears of a recession snipping away demand.

The consignment of crude oil that India imports averaged USD 116.01 per barrel in June, the highest since March 2013.

It had averaged USD 103.7 per barrel in the first six months of the current fiscal year that started in April. The last time, the Indian basket averaged three digits was in 2013-14.