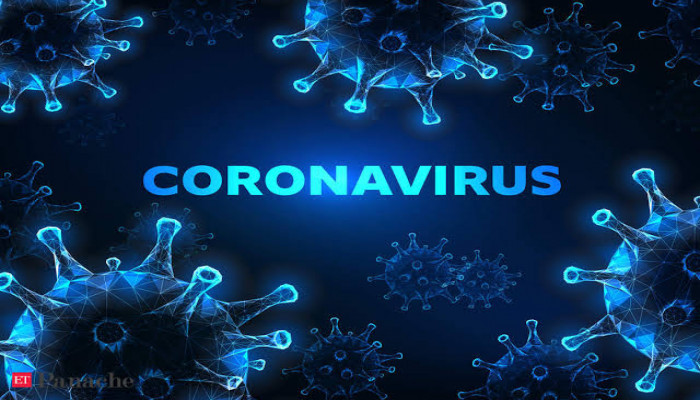 South Africa very recently announced that they had detected a new variant of the novel coronavirus which has become a serious concern across the globe.  The same variant has also been detected in Botswana and Hong Kong.

Six southern African countries were added to the UK’s travel red list on Friday after the new coronavirus variant B.1.1.529 is reported. It is now red-flagged by health experts as highly transmissible and effective at evading the body’s immune response.

The first case of new variant of Coronavirus was detected in South Africa at the start of this week. But now South Africa's National Institute for Communicable Diseases (NICD) confirmed that there had been 22 confirmed cases of the B.1.1.529 variant, and said more were expected.

The countries that have now been added to the UK’s Red List include South Africa, Namibia, Zimbabwe and Botswana, as well as Lesotho and Eswatini (formerly Swaziland), both of which are landlocked within South Africa.

The World Health Organisation said on Thursday that it is closely monitoring the new variant, and will hold a “special meeting” to discuss if this heavily mutated strain will become a variant of interest or a variant of concern.

“SA is investigating a new variant. More data is needed but we’re taking precautions now. From noon tomorrow (Friday) six African countries will be added to the red list, flights will be temporarily banned, and UK travellers must quarantine,” UK Secretary of State Health and Social Care, Sajid Javid, tweeted on Thursday.

Javid said that while more data was needed, the UK was taking this step as a precautionary measure.

The UK Health Security Agency has designated the B.1.1.529 variant as a new ‘variant under investigation.’

EU Commission President Ursula von der Leyen said in a statement that she “proposes, close coordination with the member states, to activate the emergency brake to stop air travel from the southern African region.”

Meanwhile, Union Health Ministry of India has already jumped to action and ordered the state governments to thoroughly test the people coming from or travelling through the affected countries.

On Thursday, states were directed by the Centre that international travellers transiting via or coming from South Africa, Hong Kong and Botswana needed to undergo rigorous testing as well as screening.

A report in IE cited Rajesh Bhushan, the Health Secretary, as saying that as per the National Centre for Disease Control in India, Botswana has reported four cases of the new variant, Hong Kong has reported two, while South Africa has reported 22 cases. These countries are a part of India’s list of ‘at-risk’ countries.

The Delhi government also has called a meeting of the Delhi Disaster Management Authority (DDMA) to discuss steps that need to be taken in view of threat of a new COVID-19 variant from African countries.

“In view of the threat from a new COVID-19 variant from African countries, we have requested experts to make a presentation to the DDMA on Monday and suggest what steps we should take. We will take all steps necessary to protect you and your family,” Kejriwal tweeted on Friday.

On Friday, the Israeli Health Ministry also said that it has detected the country's first case of a new coronavirus variant in a traveller who returned from Malawi. The Health Ministry said in a statement Friday that the traveller and two other suspected cases have been placed in isolation. It said all three are vaccinated but that it is currently looking into their exact vaccination status.

Late on Thursday, the government declared South Africa and six other African nations to be “red countries” from which foreign nationals are barred from travelling to Israel. Israelis returning from those countries must undergo a period of isolation.

Singapore will restrict arrivals from south Africa and countries nearby in an effort to keep out a new COVID-19 variant, its health ministry said on Friday.

All non-Singaporean or non-permanent residents with recent travel history to Botswana, Eswatini, Lesotho, Mozambique, Namibia, South Africa, and Zimbabwe will be denied entry or transit through Singapore, it said.

Japan's government decided on Friday to tighten border controls for visitors from South Africa and five other African countries after the discovery of a new variant of the coronavirus, the Jiji news service reported.

Italy said it was banning entry to those who have been in South Africa, Lesotho, Botswana, Zimbabwe, Mozambique, Namibia or Eswatini, formerly known as Swaziland, in the past two weeks.

Health Minister Roberto Speranza said scientists were studying the new B.1.1.529 variant, "and in the meantime, we will follow the path of maximum caution."

The Czech Republic's ban begins on Saturday and applies to third country citizens who spent more than 12 hours in the past 14 days in the southern African region. Zambia is an additional country on Prague's "prohibited" list.

Germany has declared South Africa as a "virus variant area" and, as of Friday night, "airlines will only be allowed to transport Germans" from the country, Health Minister Jens Spahn tweeted.

Even then, "14 days of quarantine will apply to everyone, including those who have been vaccinated or recovered," Spahn added