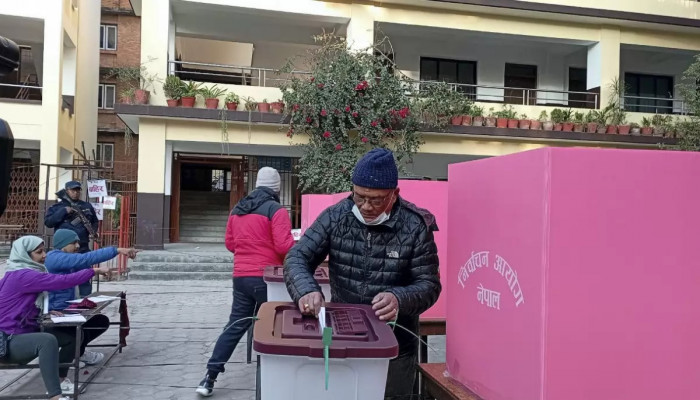 On Thursday, Nepal Prime Minister Sher Bahadur Deuba's Nepali Congress (NC)-led ruling coalition was on its way to winning Nepal's parliamentary elections and has bagged 40 seats out of 65 declared so far.

However, the main Opposition CPN-UML has secured the highest number of votes under the proportionate voting system, which gives it an advantage.

Under the proportionate system, the CPN-UML has so far received 3,65,505 votes whereas the NC and Maoist Centre received 3,37,328 and 1,61,069 votes respectively. The CPN-UML partners - the Rastriya Prajatantra Party and Janata Samajwadi Party - have won two and one seat respectively.

In Nepal's capital city Kathmandu, the CPN-UML could bag just one seat, down from the six it had bagged in 2017.

Out of the 10 seats in the district, the ruling Nepali Congress (NC) has secured five and Rastriya Swatantra Party (RSP) bagged four.

Elections in Nepal for House of Representatives (HoR) and seven provincial assemblies were held on Sunday. The counting of votes started on Monday.