NEP 2020: Missing Third Leg of the Tripod of Education 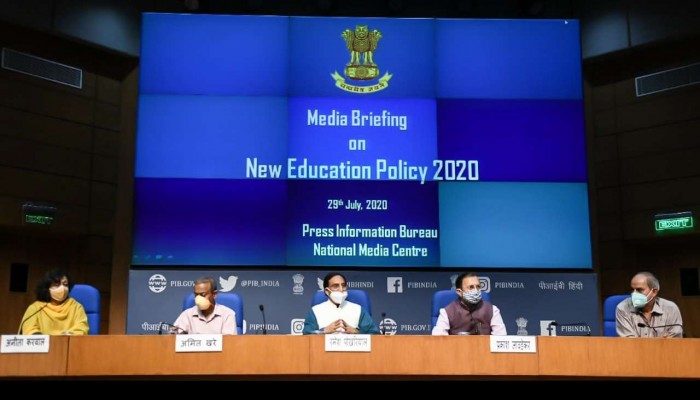 India passed New Education Policy a landmark policy outlining the educational outlook for the new millennium. India rose to the challenge of educating large chunk of its population which constitutes the largest chunk of its population (currently, 50% of the population is below the age of 25), that is almost 600 million. Even if half of this population is in school education, the new education is bound to impact almost 300 million people in the next 20 years. Therefore, this educational policy if implemented correctly will have lasting and clear impact on the national education of India.

However, upon close examination it appears that the recently passed NEP is missing policy on the theological and religious education (traditional education), the essential third leg of the tripod of education, although it included policy for development and integration of technical education and liberal arts education, the two front legs of the tripod, that leaves it unstable. Theological and religious education is essential for providing well-rounded education as well as preserving the classical and traditional culture as well as languages of India.

New Educational policy includes 4 parts with 26 articles in 59 pages. Introduction is included as part 0 even though it contains the goals and objectives of New Education Policy. Part I outlines basic goals, resources, concerns regarding the school education of children ages 0-18. Part II discusses basic resources and prospectus for Higher education. Part III examines other key areas of concern and education including Indian languages, Arts, and Culture. Part IV contains Planning and implementation of the new national educational policy such as the constitution of the advisory body, financing, and implementation.

Part I to III addresses aspects of education at all levels and propose suitable guidelines for implementing the new education policy. Multi-level and multi-disciplinary education with national level planning is necessary. An important and necessary decision is the focus of NEP on pre-primary and primary education as well as introduction of tri-language formula in secondary education. Welcoming international educational institutions to introduce higher education in India would also help make world-class education available to larger sections of Indian population.

Part III even though included in the end is of utmost importance. A nation’s soul is reflected in her language, literature, and arts. Culture of a nation is an expression of the national spirit reflecting her aspirations and providing inspiration. It is utmost of importance to protect Indian languages and arts and thereby culture. Article 22.12 of Section III enunciates that “institutes and universities studying all classical languages and literatures with strong efforts to collect, preserve, translate, and study the tens and thousands of manuscripts that have not yet received their due attention.” This is bound to lead to misplaced efforts as studying classical manuscripts bereft of its classical background in Liberal Arts setting can lead to misinterpretation. It is important that Theological and Dharma schools are also involved in such efforts with classical manuscripts. Studying religions as part of liberal arts education is much different from studying religions as part of theological and divinity education. The former applies critical theory to understand religious texts, while the latter applies methods informed by devotion and religious ethos to examine religious texts. The newly passed NEP2020 aspires to include religious studies, philosophy and ethics as part of Liberal Arts education, but this is riddled with slanted learning unless provisions are made to introduce education in these subjects in Theological and Dharma colleges. Unless traditional understanding is applied to these subjects rooted in traditional practice and ethics, their interpretation in Liberal Arts setting only leads to skewed understanding of India’s tradition and culture. Therefore, while encouraging critical education of India’s classics, languages, and religion are encouraged in the modern university the NEP should also focus on strengthening traditional Theological colleges and schools to continue the study of classics and Indian culture rooted in traditional ethos.

Technical education along with liberal arts education needs parallel development in theological education, which examines traditional indigenous religions and philosophies closely, but with native understanding based on thousands of years of traditional education. This is an important aspect of higher education in the United States. There are numerous biblical and theological colleges across the US. In addition, almost all the major universities and colleges in the US have their beginnings with biblical/divinity colleges. Biblical colleges still thrive in these major universities alongside strong liberal arts education. One of the greatest issues with the NEP in the area of higher education is that it is inviting modern university to handle classical manuscripts without Theological education. Without robust education and research in traditional religion, value systems, and philosophy a strong liberal arts education grounded in indigenous value system of India could not evolve, it would only mimic western critical studies. It is a lofty goal to encourage study traditional Indian systems of knowledge in modern University system. However, without a traditional approach supported in Theological/Divinity school approach grounded in traditional methods and values of study such liberal arts education might only lead to skewered understanding of the most important human sciences of India based.

Even at the grade school level an effort should be made to assimilate traditional Indian educational systems such as dharma schools (Gurukulas affiliated with dharma schools, and Mathas, and asrams) with the mainstream education, similar to how Madrasa’s and Missionary schools are supported by grants-in-aid and certificates of recognition. Transfer from one type of school to another type of school should be made flexible and stress-free.

Part 0 takes pride in creating a landmark educational policy for 21st century while simultaneously inculcating the education in India’s traditions and value system. The NEP included cultivation of those aspects of rounded personality for success and happiness termed ‘soft skills’ such as emotional intelligence in addition to cultivation of 21 century job skills through education.

What is of utmost importance to me as well as a number of scholars involved with education comes in Article.0.7.

0.7. The rich heritage of ancient Indian Knowledge has been a guiding light for this Policy. The aim of education in ancient India was not just the acquisition of knowledge, as preparation for life in this world or life beyond schooling, but for complete realisation and liberation of the self. World-class institutions of ancient India, such as Takshashila, Nalanda, Vikramshila and Vallabhi set the highest standards of multidisciplinary teaching and research and hosted scholars and students from across backgrounds and countries. The Indian education system produced scholars like Charaka and Susruta, Aryabhata, Bhaskaracharya, Chanakya, Madhava, Patanjali, Panini and Thiruvalluvar, among numerous others. They made seminal contributions to world knowledge in diverse fields, such as mathematics, astronomy, metallurgy, medical science and surgery, civil engineering and architecture, shipbuilding and navigation, yoga, fine arts, chess, and more. Indian culture and philosophy has had a strong influence on the world. These rich legacies to world heritage must not only be nurtured and preserved for posterity but also researched, enhanced and put to new uses through our education system. For instance, they can be integrated into a holistic education to help develop the creativity and originality of students and to encourage them to innovate.

For these lofty goals to become a reality traditional subjects of India must not be studied only through modern approaches of University, but also the traditional approaches of Theological and Divinity Colleges. Multiple ways of study are the only way to truly understand the merit of India’s traditional knowledge systems.

For a child to emerge as a thought leader, it is important that the basics are taught not just in necessary job skills, but it is also important to provide necessary background and balanced education rooted in one’s own culture. As an agriculture dominant nation, we can put this in other words as follows: New crops only grow on a perfected soil of farm with enriched environment. The efforts that go into perfecting the soil may not be visible in the end but form the most important part of the growth cycle. India needs to begin with what is already there and cultivate with best effort and hope for the best output. If groundwork is forgotten, the crop fails.

Article 0.13 brings forward the essential aspects of the New Education Policy. Key words are highlighted including, flexibility, multi-disciplinary, no hard separation between subjects, which is futuristic in its conception. The document also envisions continuous monitoring and policy guidance as necessary.

As noted in Article 0.14 (0.14. This National Education Policy aims at building a global best education system rooted in Indian ethos, and aligned with the principles enunciated above, thereby transforming India into a global knowledge superpower). The NEP policy rightly addressed all aspects of education in this document. If implemented correctly this policy will help India rediscover her soul and emerge renewed from under the colonized minds imprisoned for over 900 years. Very few nations have this opportunity that India has come to at this point of time. Entering the new millennium forging ahead with a new education policy rightly rooted in Indian culture, the leadership has made right effort to direct the nation on the path of victory. 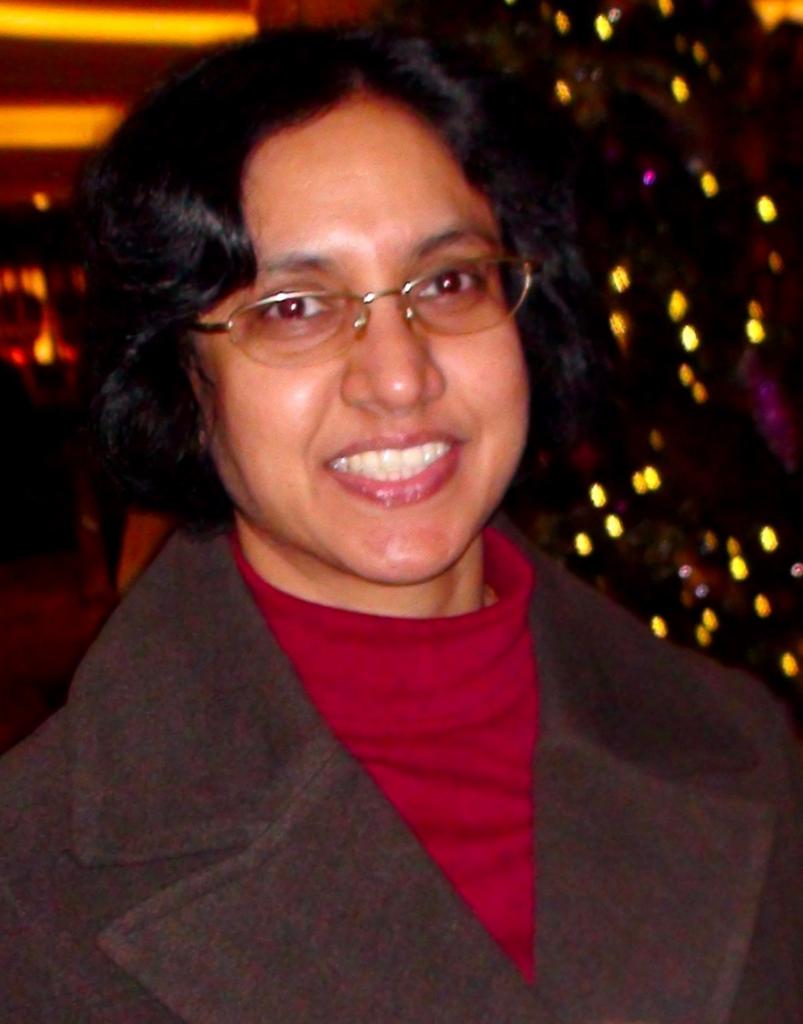