Nagpur terror plot: 'We have evidence that the handlers are linked to JeM', says Nagpur CP 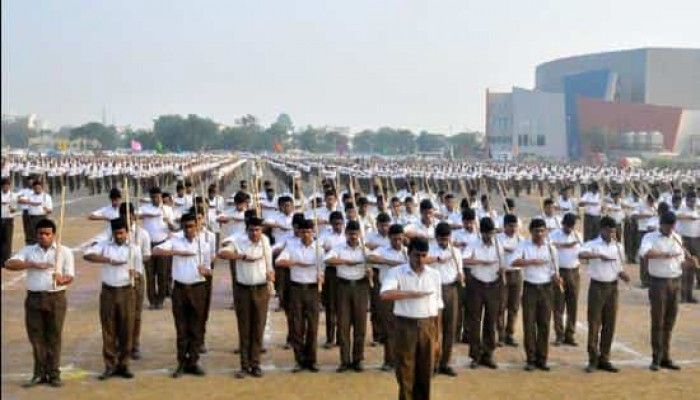 Recently, after Nagpur police commissioner (CP) Amitesh Kumar confirmed detention of the terrorist, who is a local Kashmiri, and visited RSS headquarters with senior police personnel on Friday to take stock of the security arrangements, the CP has confirmed that the event has a clear connection to Pakistan.

The Commissioner said that the police now have enough information linking the event to terror outfit Jaish-E-Mohammad. Speaking in an exclusive interview with Republic TV, the officer informed that arrests relating to the case will be made soon.

Speaking to Republic, Nagpur police commissioner Amitesh Kumar have confirmed that the Nagpur police have stepped up security at and around Nagpur after terror operatives allegedly conducted a recce of multiple areas. The police officer said that the matter had a clear hand of Pakistan in it and the investigation team had credible information to back the same. 'We have credible information that one person linked to JeM was in Nagpur about a month ago,' the Commissioner said.

Furthermore, he informed that an individual part of the terror outfit JeM managed to visit multiple vital installations in the city. "He carried out reconnaissance of four vital installations in Nagpur,' Amitesh Kumar said. 'We have information that they managed to send only one person to carry out the reconnaissance. We have evidence that the handlers are linked to JeM," the officer added.

Speaking about the investigation, the city police commissioner said, "Central agencies have also been roped in. They are also looking at this case. Other states could also be involved."

Amitesh Kumar said that the recce happened at four different locations but did not confirm one of them being the Rashtriya Swayamsevak Sangh headquarters. "Cannot comment on specific installation due to security concerns. But four prominent installations in Nagpur were the target," he told Republic.

"We have got inputs in the last few months about specific targets. But wouldn't like to sound alarmist at this stage since the investigation is underway," the officer added. The Commissioner further said that the police now hold several leads in the case and are closing in on the perpetrators. The cop hinted at arrests being made soon.