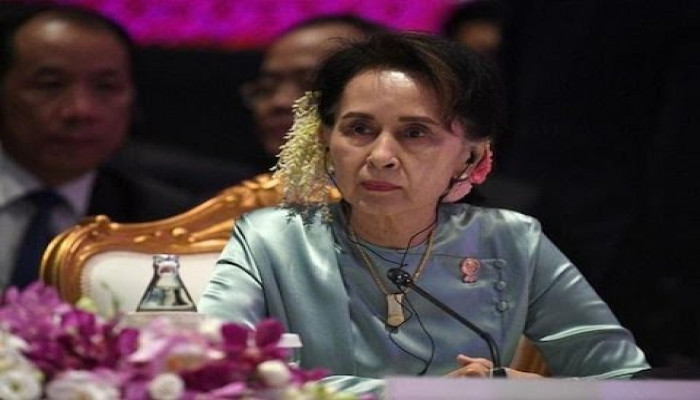 A court controlled by the military junta in Myanmar sentenced ousted leader Aung San Suu Kyi to six more years in prison over alleged corruption, according to sources familiar with the proceedings.

She is now facing a total of 11 corruption charges and 18 indictments, reports DPA news agency.

In April, she was sentenced to five years in jail in the first corruption case, where she was accused of accepting a bribe of $600,000 and gold from a former chief minister of Yangon city.

This time she was found guilty of misusing funds from a health and education foundation, which she set up in memory of her mother.

Journalists and the public were again banned from attending the trial.

She had previously been sentenced to six years in prison for the illegal possession of a walkie-talkie and breaking coronavirus restrictions.

The 1991 Nobel Peace Prize winner could face a maximum of 190 years in jail if found guilty of all cases, including fraud allegations surrounding the 2020 election which international observers say she won.

The 77-year-old has been in solitary confinement in the capital Naypyidaw.

Human rights activists say Suu Kyi's treatment amounts to a show trial and the junta wants to silence her for good.

She was arrested on February 1, 2021, hours before the army overthrew her and the country's democratically elected civilian leaders, returning Myanmar to military rule.

Myanmar has been plunged into turmoil, with the military struggling to contain protests and armed resistance.

Rights groups say at least 1,900 people have been killed and more than 14,000 arrested since the coup.