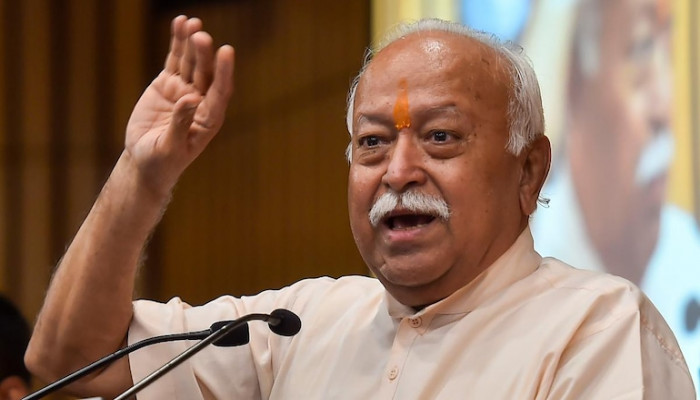 Rashtriya Swayamsevak Sangh (RSS) chief Mohan Bhagwat, who has been meeting Muslim leaders as part of his outreach to the community, visited a mosque and a madrasa in Delhi and interacted with the children and the chief cleric on Thursday, news agency PTI reported.

Terming Bhagwat as 'rashtra pita', All India Imam Organisation head Umer Ahmed Ilyas said, “Our DNA is the same, only our method of worshipping god is different. We all believe the nation comes first,” he said.

The RSS chief first went to a mosque in central Delhi’s Kasturba Gandhi Marg and followed it up with a visit to Madarsa Tajweedul Quran in Azadpur in north Delhi.

Ilyasi and Bhagwat held discussions for over an hour at the mosque, which also houses the office of the All India Imam Organisation and the cleric’s residence.

“We discussed several issues for strengthening the country," Ilyasi said, adding, “With this visit of Bhagwat, a message should go that we all want to work towards strengthening India. For all of us, the nation comes first.”

The RSS chief also spoke to the children in the madrasa about the need to know more about the nation and stressed that while the modes of worship could be different, all religions must be respected, ABP reported.

In a statement after the visits, RSS Prachar Pramukh Sunil Ambedkar said, "Sarsanghachalak meets people from all walks of life. It is a part of the continuous general 'Samvad' process."