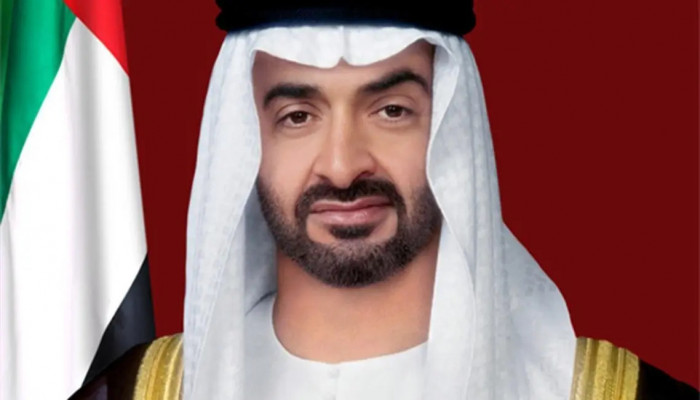 Dubai Ruler and Prime Minister of the UAE Sheikh Mohammed bin Rashid Al Maktoum shared his congratulations, according to a WAM report.

"Today, the Federal Supreme Council elected my brother, His Highness Sheikh Mohamed bin Zayed Al Nahyan, as President of the State," he wrote on Twitter.

An official statement issued by the Ministry of Presidential Affairs said that according to Article 51 of the Constitution, His Highness Sheikh Mohamed bin Zayed Al Nahyan was unanimously elected as the President of the UAE to succeed the late Sheikh Khalifa bin Zayed Al Nahyan.

He becomes the third president in the country's history following the death of Sheikh Khalifa on Friday.

Sheikh Khalifa, ailing for a long time, died on Friday. He was 73. He was the eldest son of the UAE's founder President Sheikh Zayed bin Sultan Al Nahyan. He served as the President of the UAE and ruler of Abu Dhabi from November 3, 2004. He was elected to succeed his father who served as the UAE's first president from 1971 until he passed away on November 2, 2004.

President Ram Nath Kovind expressed grief on the passing of the UAE President.

Prime Minister Narendra Modi also paid respect to the leader, calling him a great statesman and visionary leader under whom India-UAE relations prospered. Congress leader Rahul Gandhi expressed condolences to the family of the UAE President and the people of the country.

The ministry of home affairs (MHA) said a one-day state mourning will be observed across India on Saturday as a mark of respect to United Arab Emirates' President Sheikh Khalifa bin Zayed Al-Nahyan.

The MHA said in a statement “United Arab Emirates' President Sheikh Khalifa bin Zayed Al-Nahyan died on Friday. As a mark of respect to the departed dignitary, the GOI has decided that there will be one day’s state mourning tomorrow throughout India”.