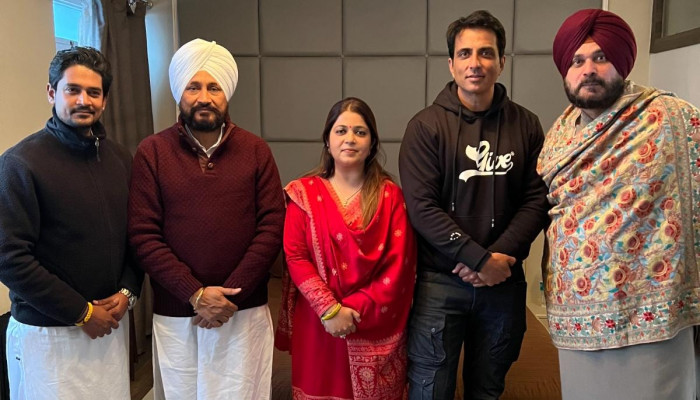 A few hours after the Punjab Congress released its candidate list for 86 seats which went on to reveal that Sonu Sood's sister Malvika Sood will be contesting the elections from Punjab's Moga constituency, the sitting MLA, Harjot Kamal, expressed dissatisfaction and has now joined the Bharatiya Janata Party (BJP).

After Congress announced Malvika Sood's candidacy from Moga, Kamal called a meeting with his group of elected sarpanches and councilors. Harjot Kamal joined the BJP in the presence of Gajendra Singh Shekhawat. According to reports, he will contest against Malvika Sood.

"I'm starting a new phase in life; I've worked for one party 21 years. I'm grateful to my supporters and colleagues from Moga, they are my family. SAD was winning in Moga for years, then Congress took it in 2017," Kamal said after joining the BJP.

"All Congress workers and local leaders were humiliated by the Congress party...We were the ones who remained on the front," Kamal said as he lashed out at the Congress for choosing a star face and ignoring workers who have stood strong for the party through all political storms.

About 27 sarpanches of various villages falling under the Moga segment have showed their support for the MLA Dr. Harjot Kamal. Punjab assembly elections are slated in a single phase on February 14 and the results will be out on March 10.