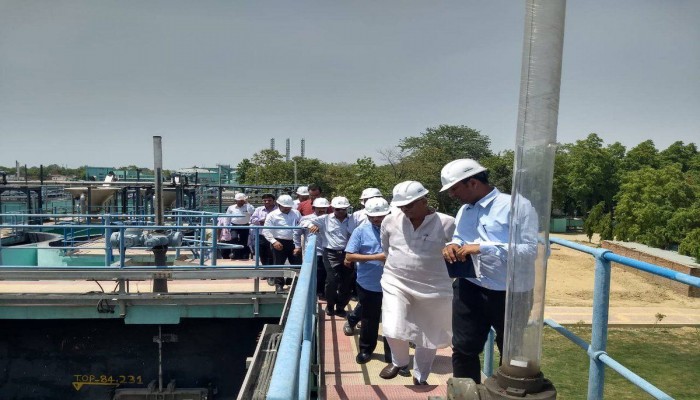 As Narendra Modi starts his second term as Prime Minister of India, he has already made it clear that one of his focus areas would be water conservation and supply of drinking water to all rural households. This can be seen through his actions like the creation of the Jal Shakti ministry (an amalgamation of erstwhile Ministry of Water Resources, River Development & Ganga Rejuvenation and Ministry of Drinking Water & Sanitation) and his call for a mass movement in the country to converse water through his latest “Mann ki Baat” address to the nation. The Finance Minister Nirmala Sitharaman reiterated the “Har Ghar Jal” (water in each house) slogan in the union budget.

There are good reasons why Modi has taken up this cause of water conservation at this point of time. Firstly, the effects of weather change are being felt in many parts of India, especially in the Central, Western and Southern parts of the country. Extended dry spells and droughts have become frequent in many states of India. Many Indian cities could run out of groundwater by 2020 (link: https://www.firstpost.com/tech/science/indias-water-crisis-bengaluru-delhi-chennai-hyderabad-among-21-cities-to-run-out-of-groundwater-by-2020-4590221.html). Drinking water availability is also a concern in many rural areas especially in the summer months, where women and children walk miles to get drinking water. Availability of water for irrigation of farmland is a major issue faced by the farming community.

Lot of work has been done in various areas related to water in Modi’s first term. The Prime Minister Krishi Sinchayi Yojana (PMKSY) was launched in 2015 to expand the cultivated area under assured irrigation and improve water use efficiency. Satisfactory progress has been done towards the cleansing of the Ganga River and starting of inland water transport from Uttar Pradesh right up to West Bengal. Sanitation coverage has increased from 38% to 98% in the last five years. Reduction in open defecation helps in reducing contamination of groundwater. However, there is still going to be a lot of scope for action in the area of water conservation and supply, in the coming years.

Modi has selected Gajendra Singh Shekhawat as the cabinet minister for the Jal Shakti ministry and Rattan Lal Kataria as his deputy. Shekhawat has a huge responsibility to shoulder and has an opportunity to play a stellar role, like that played by Dharmendra Pradhan (for implementation of the Ujjwala yojana) between 2014-19. Shekhawat, who himself comes from a water deficient state like Rajasthan would understand the water woes of the citizens of the country and know how assured water supply in homes and farms could change their lives for the better.

Various other ILR projects like Damanganga- Pinjal and Par- Tapi- Narmada (between Maharashtra and Gujarat), Mahanadi- Godavari link and Godavari- Cauvery link projects are on the anvil. An important ILR is the Manas-Sankosh-Teesta-Ganga link which will transfer surplus water for augmenting the flow of the Ganga and provide water in Mahanadi basin for further diversion to South through Peninsular link system.  A key challenge in the ILR projects is to ensure that a detailed study is done to ensure that the ecology of the recipient river basin is not affected.

In addition to the river interlinking projects by the center, there are two interesting projects undertaken by the state governments of Andhra Pradesh and Telangana that need to be mentioned. The Polavaram project in Andhra Pradesh (designated as a national project) plans to transfer excess water from the Godavari to the water-deficient Krishna basin  and is expected to be functional by December 2019. This project uses lift irrigation (water is lifted by pumps) and would bring lakhs of hectares of land under irrigation.

The Kaleshwaram irrigation project at the confluence of three rivers with the Godavari in Telangana is the world’s biggest irrigation project (link: https://www.financialexpress.com/india-news/rs-80000-crore-worlds-biggest-all-about-the-kaleshwaram-irrigation-project-that-will-make-you-proud-of-telangana/1222115/) that will irrigate 18 lakh acres of land in 13 districts of the state, provide 10 TMC drinking water to en route villages and 32 TMC of drinking water to the twin cities of Hyderabad and Secunderabad as well as water to many industries in the state. The project has been completely funded by the Telangana government.

Water or Jal has always been treated as life-giving shakti (power) in India. Modi has this penchant for naming his ministries and schemes in sync with the values of the Sanatan dharma. The Jal Shakti ministry is a super ministry created by Narendra Modi for the fulfillment of the promises made by him in the manifesto for the 2019 general election. Water resource depletion is increasingly becoming a big threat for India, but Modi sees it as an opportunity to ensure the sustainability of water resources for drinking, irrigation, and industry. If Modi can deliver substantially on this promise in the next five years, then 2024 could be a hat-trick for him.