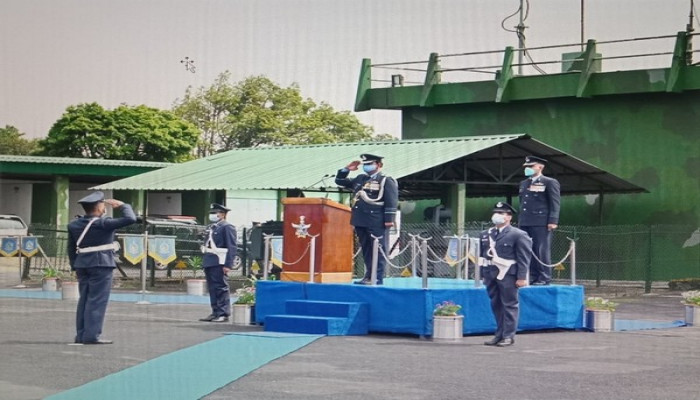 Eastern Air Commander Air Marshal DK Patnaik on Saturday visited the Air Force Station, Laitkor Peak on an inspection visit and was briefed on the operational potential and the warfighting capacity of the base.

The Air Marshal was given a brief presentation which focused on the operational potential and war fighting capacity of the station.

The Air Marshal also inspected various sections of the station and took a census of ongoing works and services, according to PRO Defence, Shillong.

During the interaction with Air Warriors, he emphasised the need to be operationally focused and vigilant. He also touched upon various initiatives being taken by the Indian Air Force (IAF) in terms of human resource management.

Further, he exhorted the air warriors of the station to remain operationally focused, physically fit and mentally agile and live up to the motto and highest traditions of the IAF.