Marichjhapi â Lest We Forget. A review of the book 'Blood Island' 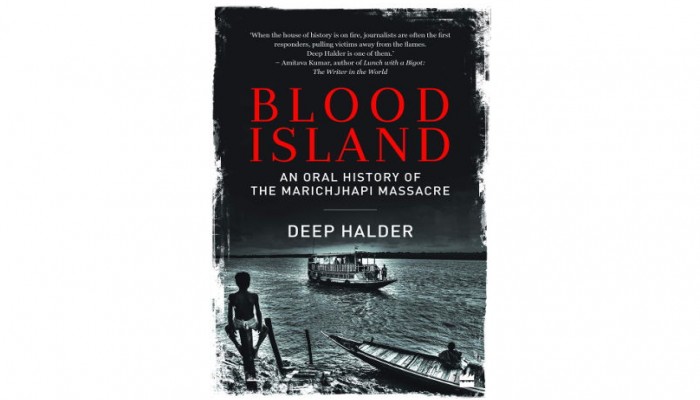 Public memory is a strange beast. It takes little by way of throttling to erase it easily – restrict the discussion to intellectualism, or ensure a public amnesia about events by erasing the picture and its contents. However, memories of individuals fail to be erased. Truth can compete with official versions and public amnesia, but to what extent? When there is hardly anyone to do anything beyond reproducing the same arguments over and over again, even the proponent, the sufferer of the story is not ready to talk about it. After all, what does one achieve by scratching old wounds repeatedly except pain?

Marichjhapi is an island in the Sundarbans, and little beyond it is remembered to this day. Any talk of it is merely talk today – absolutely nothing has been done about it to this day. While the Sundarbans are an interesting cultural complexity to study, the island of Marichjhapi hides in its womb the horrific memory of the massacre that took place in 1979. While official figures still try to act as a horrific fig leaf, it is well recognized that thousands of Bengali Namasudra migrants from East Pakistan/Bangladesh, who had settled down to piece their lives again, were slaughtered by police and communist militia under the flimsy guise of ecological protection. Marichjhapi is just another incident about which our ostrich like liberals remain blind to this day. Perhaps it does not suit their worldview, where lives of people belonging to an oppressed community is literally ‘liberated’ from the clutches of this world by those claiming to struggle for the oppressed. Truth became the biggest casualty at the hands of these liberators, as to this day there is vehement denial of the brutal action that police undertook, forget the bourgeoisie of the ruling Communist Party of India (Marxist). Perhaps, the Marxists should be replaced by Murderers to truly reflect the intentions of these people towards those who disagree with them even slightly.

A recent book by journalist Deep Haldar, who works with IBN, has come out on this subject. Blood Island is a snapshot summary of a few human stories, collected over a short period of time by Halder, attempting to connect back to his own memories as a Kolkata bhodrolok boy about this incident due to personal connects with some of the victims. The story, of how these East Bengali refugees, shunned from place to place by the government of India and the state government of West Bengal, decided to take matters in their own hands and settle down on the island of Marichjhapi, which had been pointed out by Opposition based left leaders prior to 1977, as some kind of promised land to them. What they got in turn however left a kind of bitterness that cannot be overcome even today by the survivors and their subsequent generations to this day. The nation failed a bunch of people who tried to belong to this country, dishonored them, brutalized them and spat the remnants of their honor and pride out after callously chewing on it. And yet, despite so much, outrage remains restricted to a few people. What has instead been achieved is perhaps mere intellectual posturing, while those who tried to get things done on the ground withdrew, tired and disappointed by a country’s system that otherwise claims equality. Perhaps they were not the right minority; perhaps they are still not oppressed enough on the oppression meter. A country where thousands of activists shed tears about certain ‘genocides’ conveniently look away at actual tales of misery and fast fading calls of justice that truly deserve attention.

In many ways, this quick read is a reportage on the cruelty that was inflicted on a people nearly forgotten by time. To many of the protagonists in this book, the exercise is no more than a waste of time. “Nothing changes,” they lament. Even the so called people’s government of Mamata Banerjee failed them alongside so many others. Many of them just want to move on with their lives, tired as they are with the repeated rantings to intellectuals who benefit from it while the victims rot. However, one must not forget the import of this book – it looks like the flicker of a candle that is struggling against the winds of time. Many issues are important to raise, for the need to bring about closure remains just as relevant as it was forty years ago. Marichjhapi was a timely warning perhaps of the fate that would befall those holding on to their Dharmic identity in many ways perhaps; that warning perhaps fell repeatedly on deaf ears, as history of systemic violence against various such communities that had covert and overt political support from so called voice of the oppressed. The book again highlights the need, perhaps once again, of a truth commission that can perhaps help to bury some ghosts.

Will this change things for anyone? Perhaps not. However, the need to tell, again and again, the fate of these people is necessary to get some form of justice for those who survive.

Perhaps this will be a precursor to a change in tide on the discussion and call for justice for the Namasudras. Who knows? Till then, such books are necessary. Lest we forget Marichjhapi.