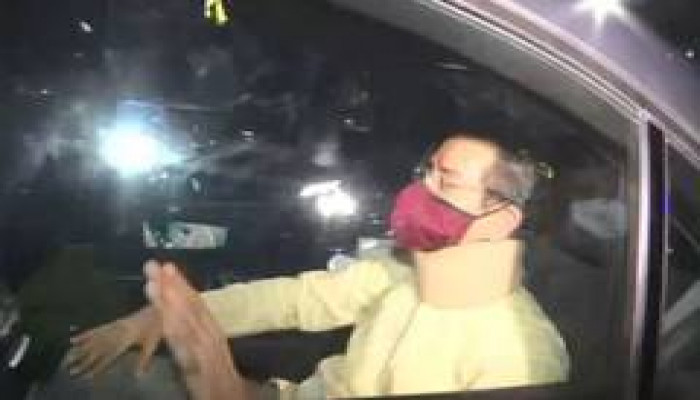 Maharashtra Minister Eknath Shinde, leader of the revolt against Chief Minister Uddhav Thackeray, has said that 40 lawmakers are with him. Reports said that the rebel group includes 33 MLAs of the 55-member Shiv Sena legislature party, and seven Independents supporting the state government.

This is for the first time that the rebel MLAs outside the northeast region have been brought to Assam. Sources said the decision was taken to shift the rebel legislators from BJP-ruled Gujarat to Assam as the Shiv Sena does not have any supporter base here and the possibility of any protest is remote.

The MLAs were taken to Surat from Mumbai on Tuesday and the decision to shift them to Guwahati was taken on security grounds, BJP source told reporters. The Shiv Sena-led government in Maharashtra is facing a crisis following the dissidence of a section of its MLA led by Shinde.

Under the Constitution, a rebel group must have at least two-thirds of the total MLAs of a party in order to break away without attracting punishment under the anti-defection law.

The BJP has 106 MLAs in the current 287-member Assembly. Before Shinde’s revolt, the Sena had 55 MLAs in the House. The NCP’s 53 and Congress’s 44 MLAs took the strength of the ruling Maha Vikas Aghadi coalition to 152.

Maharashtra chief minister Uddhav Thackeray on Wednesday said he was keeping the resignation letter ready, but urged the rebel MLAs to come and tell him on his face that they did not have the trust in him. He, however, added that after he quits as the CM, he would want someone from the Sena to take over.

Addressing the state through a Facebook Live session, Thackeray said the Shiv Sena will never leave the Hindutva and that is what Balasaheb Thackeray had taught the party functionaries.

He added that "NCP supremo Sharad Pawar and Congress leader Kamal Nath called him to say they want me to continue as chief minister."

"I did not have any experience but I took the responsibility of the chief minister's post. The Congress and NCP, who we had fought for 25-30 years, became our allies. During a call with Sharad Pawar, he asked me to take up the role of CM as both parties had senior people. Till now, everyone has given their cooperation. The administration has worked really well, he said.

The anti-defection law punishes individual MPs/ MLAs for leaving one party for another. It allows a group of MP/ MLAs to join (i.e. merge with) another political party without inviting the penalty for defection. And it does not penalise political parties for encouraging or accepting defecting legislators.