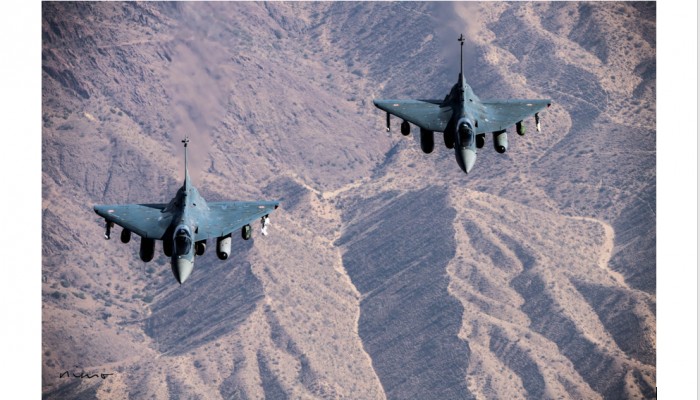 But before we delve into why LCA Tejas is humble yet ambitious like the rest of us let us ponder over this clueless article. I feel no urge to dispel the stuff that Mr. Abhijit Iyer Mitra has produced but I feel that despite all these years, we Bharatiyas have not got down to appreciating what the Tejas has done to Indian defense sector in the true sense or its entirety.

A historical perspective may help here. At the time of Indian Independence, Bharat had a fairly well-developed MIC (Military Industrial Complex) which had come up to support the Allied WW2 efforts. It was certainly the best in Asia and probably second only to the actual Allied powers of WW2 (Including the Soviets/Russia). The Japanese had been crushed. We should have taken off from there but instead we focused elsewhere, and MIC was left to rot and die. Over the years capabilities were lost while the capabilities of adversaries’ world over and especially those of China continued to develop.

From a vibrant private sector in defense manufacturing, the domain became an exclusive preserve of DPSUs. The OFBs, HALS, etc. became the only place where India made her own systems for self-defense. Given that the end customer was Armed Forces (GOI), the producers were DPSUs (GOI) and the financer were the Tax Payers (through GOI), the competitive environment was lost. The need to stay ahead and serve the customer was lost and what remained was a stagnant, decaying body of organizations which had so much conflict of interest that it was a miracle that we produced anything. A bigger miracle, also a tribute to the Bhartiya perseverance, was that despite this atmosphere, there existed centers of excellence within this cold desert of assured Government contracts with foreign Governments for weapons / systems of convenience (not necessarily choice) and Technology Transfers (ToT) which were paraded as some sort of achievement though mostly they resulted in very little spins offs.

One such center of excellence was the team that went onto design, develop and produce to a limited extent the HF 24 Marut. The Marut is both a success story and a tragic story. It could have done to Indian MIC what the LCA Tejas is doing now but perhaps it was before its time. Maybe “necessity Is the mother of invention”. Our failure to continue with Marut program and develop spin offs was probably because there was a lack of urgency in the need for an indigenous fighter given that we had easy access to the Soviet MIC of that time.

In fact, in the early stages of the LCA program we can clearly see very constrained funding, lack of continuity between different dispensations of the GOI and also a lack of urgency from the both the users and developers. It is only a few years after the collapse of the Soviet Union and the lack of easy access to the Soviet MIC which itself was crumbling that we see a concerted effort to develop Indian weapons. Our military planners did use this situation to our advantage in one stupendous Su 30 MKI deal, which to my mind remains one of the few occasions we have been truly smart to a Geopolitical opportunity.

With the access to the Soviet MIC now gone and Russia, while a friend, was no more a willing benefactor but at best a transactional erstwhile benefactor keener to help Raj Kapoor than Akshay Kumar, the need and urgency to be self-reliant was no more a tag line. The Designers and Developers of LCA now had a more cooperative military with them. India was also becoming self-reliant in other domains like the “A-Bomb” with its own unique consequences. While we did become a Nuclear power, the cost was crushing sanctions and also seizing of laptops and data worth years of hard work by our scientists working on LCA Control Laws, who were just then in the US.

Despite, these setbacks and initial lack of support, poor funding, through the early 2000’s the LCA program achieved major milestones. First flight and production of more prototypes were just a few. A more excited IAF now saw possibilities and added new QRs while the IN pitched in with requirement of LCA Navy which would be a more powerful bird. The IAF jumped at this too and its equivalent of the LCA Navy would be the LCA MK II.

The LCA Tejas program has since started seeing major spin offs, maybe not always directly – the setting up of CEMILAC – Center for Military Airworthiness and Certification gave India a unique capability and institutionalized aircraft development capabilities. NFTC (National Flight Test Center) under ADA is a similar long serving development. DRDO labs which started breathing new life trying to develop newer systems and technologies and subsequent transfer of technology to private sector for production of LRUs or sub systems were indeed major benefits which will far eclipse the LCA program and serve India for a long time after the LCA Tejas production has come to an end. A capability lost post-independence is being recreated with small but definite steps.

Today, the LCA Tejas program has multiple components – The LCA Mk 1, LCA Mk1A, LCA MK II or the MWF and the LCA Navy. Clearly the LCA is both scalable and can diversify into newer domains. It is also cost effective. Its Intellectual Property belongs to Bhartiyas. The Control Laws developed for LCA Tejas are probably the finest tale of Indian ingenuity and genius. The aircraft features some of the most advanced 4+ gen aircraft capabilities, all in a real estate which would make the old warrior Mig 21 go green with envy. Its performance, for its class, is at once unmatched and breath taking. It’s current load out and future integration leaves me with no doubt that the aircraft will hold its own in any contested airspace. Tejas is already an adversary you don’t want to mess with. The LCA Mk1A will be the definitive light multirole 4th Gen fighter anywhere in the world – Beautiful, unmatched, easily upgradable, maintenance friendly and at a cost where Western Fighters will never be able to compete. Have no doubts that though India has heavily favored the Russian fighters, Tejas is inspired with the design philosophies of the Western Fighters. It owes its form to the IAFs loved Mirage 2000 and in its next version, the MWF, it will be a more competent fighter in all respects than its inspiration.

To list a few stunning features either already part of LCA Tejas or will shortly be a part of the aircraft:

But much more than the above list is the creation of generation of admirers and defense aware young Indians that have grown living and following the Tejas story along with the confidence and belief it has instilled in us. The pride that we who have watched the Tejas come to fruition since we had first heard of it as young boys. The Tejas has created a new breed of Indians who believe our MIC can deliver us the best. ACM Bhaduria’s recent statement of IAF’s support to the Tejas speaks volumes about its confidence in the machine and the men who are behind the machine.  The IAF plans to acquire 123 LCA Mk 1 variants and probably 200 + LCA Mk II aircraft as mentioned here https://timesofindia.indiatimes.com/india/iaf-strongly-pitches-for-desi-fighters-from-tejas-to-5-generation-jets/articleshow/71445334.cms

The development of the Tejas has helped in

The Indian Fifth Generation Fighter Aircraft will not be an import. The sooner those unlicensed pens of the Iyer Mitras understand this the better it is for them. The foreign dallals are facing the grit and determination of the humble yet ambitious Bhartiya. The AMCA is India’s Fifth Generation Fighter Aircraft. Period. Not taking the Tejas forward to the AMCA will be committing the same mistake as we committed with the Marut. Institutional Learning will have failed if we were to import an uber expensive deluxe FGFA from US or Russia to fill the pockets of “dallals” and deny the growth of Indian MIC. I for one will take a 5th Gen minus in 2040 rather than an imported F22 (for export only model) with its frills and fancies and costs and debilitating limitations on use cases which the seller will force on us.

The development cycle of the AMCA will be shorter, again thanks to the Tejas with most of the subsystems (eg Landing Gears) and LRUs already being developed for the Tejas. The Tejas program has taught us so many new solutions to complex problems and has helped us develop capabilities that it would be a crime, in fact, traitorous to let them whither.

The AMCA therefore must succeed the LCA and it must keep the Aspidistra Flying.

Praise for those who deserve

The Tejas development program has overcome financial, institutional, governmental, international non-cooperation, denial, lethargy and unwillingness through the perseverance and grit of a few select individuals across organizations to have survived and then come to a successful induction into the IAF. There are still challenges and the foremost among them will be the mighty pens of publishing houses and writers who would try to kill the program and defame it. The attacks from usual suspects against all things “desi” is to be expected. To the people who have overcome all the above challenges and continue to fight new ones along with the old, my heartfelt Salute! Please continue to touch the sky with glory.