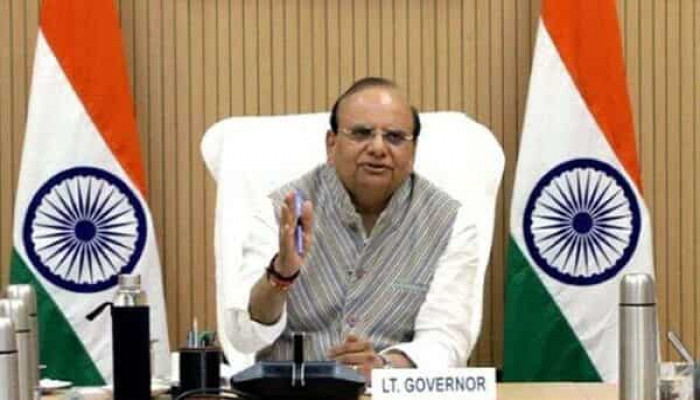 Delhi Lieutenant Governor (LG) V K Saxena has ordered an internal inquiry into the alleged irregularities in the engagement of guest teachers in AAP government schools and embezzlement of funds in payment of salaries to “ghost” teachers, L-G office sources said on Thursday.

The L-G Secretariat has asked the Chief Secretary to advise Director (Education) to immediately verify the engagement, physical attendance, and withdrawal of salaries of all guest teachers engaged by the city government in its schools, they added.

A status report has to be submitted within a month, news agency PTI reported.

"L-G has observed that the instances of non-existent guest teachers and embezzlement of funds are of ‘serious concern’ and cannot occur without ‘connivance of the Principals/Vice Principals/Accounts staff’," the note from the L-G Secretariat to the Chief Secretary read.

The move comes days after Saxena gave permission to the Anti-Corruption Branch to probe charges against four vice principals of a Delhi government school, for allegedly misappropriating funds through non-existent guest teachers.

Meanwhile, VK Saxena has urged the Delhi High Court to restrain the Aam Aadmi Party (AAP) and several of its leaders from leveling "false" allegations against him and his family. Saxena moved the high court after they claimed that he was involved in a â¹1,400 crore scam during his tenure as the Khadi and Village Industries Commission (KVIC) chairman.

Saxena has sought to injunct AAP, its leaders Atishi Singh, Saurabh Bharadwaj, Durgesh Pathak, Sanjay Singh, and Jasmine Shah to delete or take down the alleged false and libelous posts or tweets or videos circulated and issued on social media, Live Mint reported.

The Delhi LG had also sought damages and compensation of â¹2.5 crores along with interest from the political party and its five leaders.