Khaki Vs. Lawyers: A Dangerous Trend â A Lawyerâs perspective 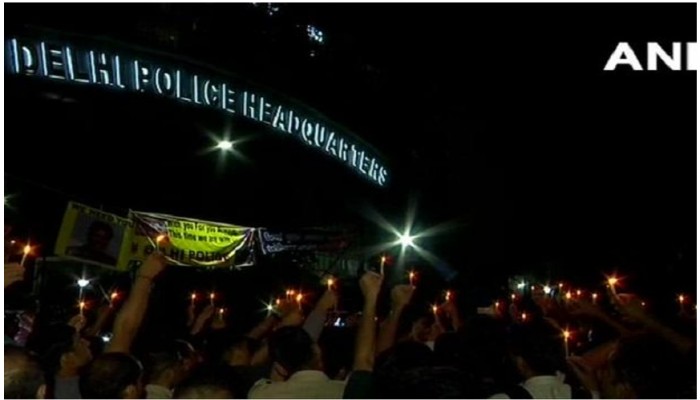 On 2nd November, an unfortunate scuffle between a lawyer and a group of policemen on a trivial issue of parking led to a violent clash between the Police and the lawyers’ group in Tees Hazari court premises in Delhi, which ultimately ended up in excessive use of force by the Police in which unarmed lawyer was shot in the chest from a close range. The lawyers’ community is aggrieved by this shootout and subsequent Police action. There are many versions about the origin of the incident but the real genesis of the incident is yet to be ascertained.

However, a section of media is presenting the incident in a certain way by showing the lawyers in bad light. The police may have a grievance against the behaviour of the lawyers but that is no excuse for excessive use of force by the police, much less shooting in the chest or   allegedly vandalising the chambers of the lawyers. Various bar members have condemned the erring lawyers but not a single Police officer has regretted the unfortunate incident of firing.

The power to use force should be exercised with great responsibility and restraint. It is clear from the circumstances leading to the violence by the police in the present case, that the police did not exercise the required restraint and responsibility. The statement of Mr. Ravinder Tyagi made on ABP channel during the agitation on 5th November is ample proof of mindset of some irresponsible police officers. He arrogantly said “Hosh mein aa jao, theek hain, nahin toh aisa haal kar denge ki kahi ke nahi rahoge, police ke paas apaar shakti hain.” He also warned the lawyers in general with dire consequences.

The Hon’ble Delhi High Court in its order dated 6th November, has rightly observed that the Bar and the Police establishment are preserver and protector of the Rule of Law, they are the two faces of the coin of justice. They must work in close proximity and harmony. The High Court also advised a joint meeting of the responsible representatives of the Bar and the police establishment to sort out the differences amicably. The lawyers and the police have been stake holders and partners in maintaining the law and order in the society but unfortunately a few of them from both sides perceive the other as adversary. All of us must realise that keeping harmony between both the classes while performing their respective duties is fundamental for maintaining law and order. Though, a handful from both sides could still feel that “might is right” is the best policy.

Fortunately the lawyer who was shot in the chest has survived, but the gravity of the police excess in the present case should be examined in the light of law laid down by the Supreme Court. In Extra-Judicial Execution Victim Families Assn. v. Union of India, (2016) 14 SCC 536 a distinction is drawn between the right of self-defence/private defence and use of excessive force/retaliation. The Court rightly said that the right of self-defence or private defence is a right that can be exercised to defend oneself but not to retaliate. The Supreme Court has observed that minimum force should be used even against terrorists, militants and insurgents. This is very much in consonance with Geneva Convention and international laws applicable even in times of war.

If the episode of shooting an unarmed lawyer in the chest from close range is judged in the aforesaid context, then the crux of the grievance of the lawyers can be better appreciated.

The lawyers have formed a co-ordination committee to discuss the matter with the top brass of Delhi Police. Now it is for the top officers of the Delhi Police to come forward and uphold the spirit of the sane advice given by the Hon’ble Delhi High Court.