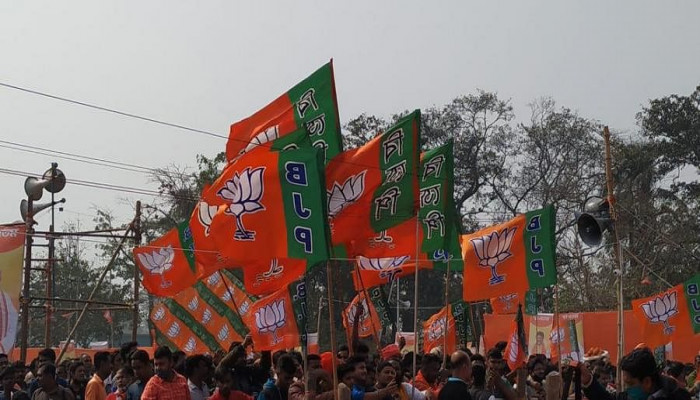 As a Kerala Catholic bishop's charge of "narcotics jihad" became a political flashpoint, the BJP called for the Centre to pass a law to deal with "narco-terrorism and love jihad".

BJP Kerala has written to Amit Shah, urging him to intervene to prevent jihadist activities and to offer protection to Palai bishop Joseph Kallarangatt and the Christian community.

In a statement, BJP spokesperson Tom Vadakkan said, “The intervention by Bishop, his excellency Joseph Kallarangatt of Pala, Kerala during sacred worship is not just a wakeup call for his dioceses, it is the voice of the community who are victims of love jihad and the fallout of narco-terrorism. The cases of love jihad and drug abuse victims are ramping up.”

Vadakkan claimed that the Kerala government has ignored narco-terrorism and love jihad, despite inputs from investigative agencies. He alleged that the bishop council raised the issue following input from devotees. Many young girls have become victims of "love jihad" and ended up in foreign jails after being lured. He said, “This has to be accounted as human trafficking.”

“The rising drug abuse in different communities has affected peace within families and has created socio-economic disorder of disastrous levels,” Vadakkan claimed. “My appeal to the Central government is to bring central legislation to book such elements, and bring in fast track courts to deal with narco-terrorism and love jihad.”

General secretary of the Kerala BJP George Kurian, a former vice-chairperson of the national commission for minorities, wrote to Shah claiming that "jihadi elements" in Kerala receive wholehearted support from the CPI (M) and the Congress. “Many of the jihadi elements are active workers of CPI(M) and Congress. This has rendered the situation volatile. I request you to intervene in the issue and take steps to protect the bishop and the Christian community in Kerala,” his letter read.

In addition, Kurian claims that the reaction to the bishop's statement reflect a sense of "insecurity" among Christians and Hindus.

On Thursday, Bishop Kallarangatt sparked controversy by saying that Christian girls were reportedly largely falling victim to love and narcotic jihad in Kerala, with extremists seeking to destroy youth of other religions even when weapons cannot be used.

As a result of the statement, both Christian and Muslim community members showed up in protests to express their disagreement, making the atmosphere communally charged. The ruling CPI(M) and the main opposition Congress have expressed their displeasure over the remark — Leader of the Opposition V.D. Satheesan accused the Sangh Parivar of trying to spark communal tension over the bishop's comments. Chief Minister Pinarayi Vijayan insisted that narcotics need not be given a religious colour.

In support of the bishop, V Muraleedharan, Minister of State for External Affairs and senior BJP leader, had earlier said that he had raised the concerns of the community in Kerala, and he could not be silenced by attacking him.

Kerala Catholic Bishops Council (KCBC) said in a statement that Kallarangatt's comments are not directed at any community and he is simply sharing the concerns of the community. Rather than being controversial, it should be discussed seriously, the statement said.

In Kerala, around 19 percent of the population is Christian, so the BJP is trying to win over Christian voters in order to broaden its support in the state. Before the Assembly elections in Kerala, the BJP took up the issue of alleged "love-jihad" in Christian-dominated areas, a term used by right wing activists to describe a campaign of promoting Muslims forcing Hindu girls into conversion. The manifesto of the BJP-led National Democratic Alliance had promised a special law to contain "love jihad".

According to sources, Prime Minister Narendra Modi had urged party secretaries in June to break away from rigidity in creating alliances, and advised that the BJP should woo the Christian community in Kerala, as it did not seem to have any issues joining up with the party. Earlier this year, the Prime Minister also met with Church leaders from the state.