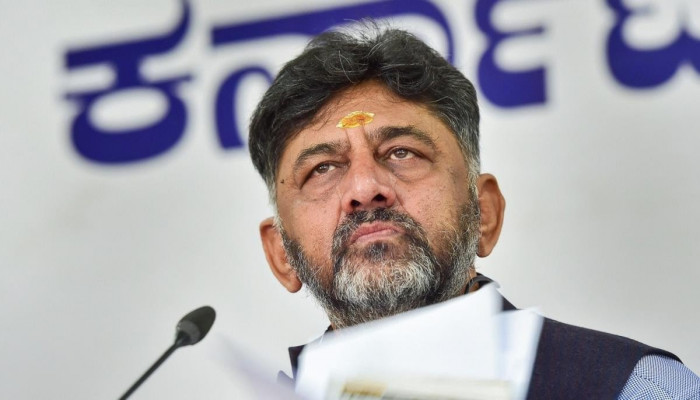 A video has emerged in which former Lok Sabha MP VS Ugrappa and Karnataka Pradesh Congress Committee media coordinator MA Salim can be heard talking about a scandal involving DK Shiva kumar.

"It was six to eight per cent before then it became 10 to 12 per cent. It is all DK adjustment. Mulgund (aide of DK) has made Rs 50-100 crore. Imagine if Mulgund has this, then how much DK has," says Salim in the clip as quoted by India Today. They were seen speaking about Shiva Kumar before a press conference completely unaware that the mikes and cameras were on.

However, VS Ugrappa has said that he has no involvement in these allegations.

Shiva Kumar said “let BJP make allegations” and asserted that there was no infighting in the state unit. After his statement, Karnataka Pradesh Congress Committee served a show-cause notice to party leader VS Ugrappa while MA Salim was suspended for 6 years.

In a tweet, BJP’ Amit Malviya said, “Former Congress MP V S Ugrappa and KPCC media coordinator Salim discuss how Party president DK Shiva Kumar takes bribes and a close aid of his has made between 50-100 crores in the collection. They are also discussing how he stutters while talking and as if he his drunk. Interesting.”

BJP spokesperson Malavika Avinash said the Congress is facing an existential crisis throughout the country and does not have internal democracy whereas Congress spokesperson Brijesh Kalappa said that the BJP is trying to create an atmosphere of political instability within the grand old party.