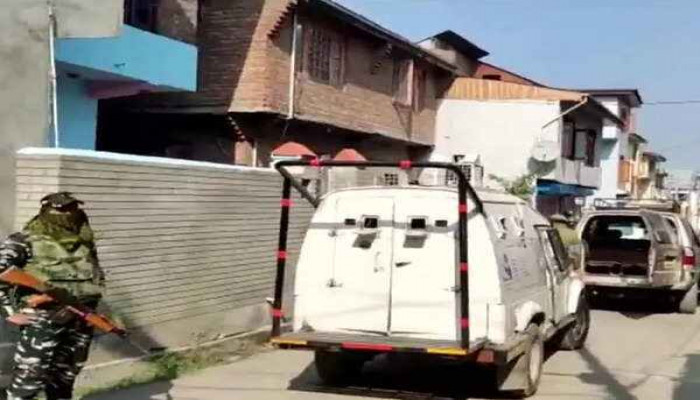 The National Investigation Agency (NIA) conducted raids at 11 places in Jammu and Kashmir in a recent terrorism conspiracy case, the agency said on Wednesday. The case pertains to the hatching of conspiracy for undertaking violent terrorist attacks by members of proscribed terrorist organizations such as Jaish-e-Mohammad (JeM), Lashkar-e-Taiba (LeT), Hizb-ul-Mujahideen (HM), Al Badr and their frontal affiliates such as The Resistance Front (TRF), Peoples' Anti-Fascist Front (PAFF).

These raids were conducted in two villages of Fatehgarh and Audora in the Baramulla district. Houses of Arif Manzoor Sheikh of Fatehgarh and Hurriyat (Geelani) activist Abdul Rashid Rather of Audora were also raided.

The raids are part of NIA's attempt to crack down on terror networks and overground workers (OGWs) of terror outfits. Nearly a dozen people have been taken by the NIA.

Subsequently on Wednesday, two terrorists have been gunned down in an encounter with a joint team of police and security forces in the Shopian district of Jammu and Kashmir (J&K), the police said. The security forces had launched a search-and-cordon operation earlier in the day in the Dragad area of Shopian, after receiving intelligence inputs about the presence of terrorists. One of the slain terrorists has been identified as Adil Wani, who was active since the July of 2020 and was involved in the killing of a poor labourer at Litter in Pulwama.

A total of 15 terrorists have been killed so far in the eight encounters conducted by the security forces after the recent civilian killings in Jammu and Kashmir, according to the police. After the killings of civilians, a number of terrorists had run away to south Kashmir, as per officials.