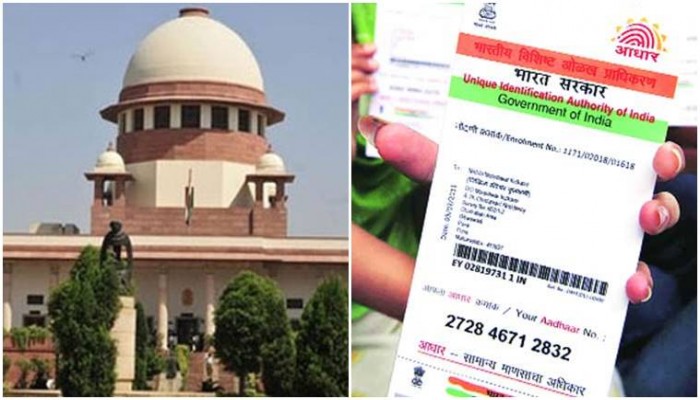 The Supreme Court’s judgment in the case of Justice K.S. Puttaswamy v/s Union of India, upholding the validity of the Aadhar (Targeted Delivery of Financial and Other Subsidies, Benefits and Services) Act, 2016, constitutes a watershed moment in the history of our constitutional jurisprudence. Even though critics of the Act had launched a high-decibel propaganda around the Act, the apex court acknowledged the legislation as a tool for the State to efficiently perform its constitutional obligations.

Naturally, much of the coverage of the judgment has focused on the dissenting opinion authored by Justice D.Y. Chandrachud. It has sent large sections of our English-language media into a frenzy, and has been described as perhaps the greatest dissenting opinion of our times. In this piece, I will scrutinize two key aspects of the said dissenting opinion, i.e., a) Section 7 of the Aadhar Act falls foul of the Constitution, and b) Passage of the Aadhar Bill as a Money Bill amounting to a fraud on the Constitution, and invocation of the basic structure doctrine.

Section 7 of the Aadhar Act lays down that the Union/state government may insist on the production of Aadhar number, as a condition precedent for availing any subsidy/benefit, the expenditure whereof is being incurred from the Consolidated Fund of India. It, for all practical purposes, is the soul of the Aadhar Act. This was the foundational premise behind the Aadhar project, launched in 2009. The underlying rationale is to ensure that the benefits of government schemes can be delivered only to the intended beneficiaries. J. Chandrachud opined that the said provision “suffers from the vice of being overbroad” and falls foul of Articles 14 and 21 of the Constitution. However, the reasoning offered in support of the aforementioned conclusion is unconvincing and puzzling. The primary theme which emerges from a persual of J. Chandrachud’s opinion is that there have been several instances of a section of intended beneficiaries being denied their due, on account of technical glitches; and such a scenario, cannot be countenanced by a constitutional Court. As per the erudite Judge, deprivation of subsidies/benefits to (some) intended beneficiaries tantamounts to loss of dignity, which results in a manifest violation of Article 21. Various academic papers and the Economic Survey were adverted to, in significant detail, to establish that there have been technical glitches. In this context, it is respectfully submitted, that the validity of a legislation cannot be scrutinized primarily on the anvil of a few technical glitches. This would be especially true, when it comes to a grandiose undertaking like the Aadhar project. Afterall, some degree of failure is inevitable in any project, whether it involves technology or not. While nobody would contest that any deprivation of subsidies/benefits – to any intended beneficiary – is unfortunate and steps ought to be taken to arrest the problem, the fact remains that the frequency and magnitude of errors in the Aadhar scheme pale in comparison to the pre-Aadhar landscape. Thus, J. Chandrachud erred by opining that “no failure rate in the provision of social welfare benefits can be regarded as acceptable.”

It goes without saying that we do not live in a utopian world. If the benchmark is set so high, it is worth considering as to how many laws would be able to pass muster. Thus, the invocation of dignity and good governance – by the learned Judge - is ironical; in that; dignity of the individual is ensured, and good governance is delivered, when the State is able to deliver the benefits to the intended beneficiaries and plug leakages. The next limb of reasoning, in the context of Section 7, was that the provison is too open ended; and would allow the government to include practically everything within its ambit. J. Chandrachud found merit in the doomsday picture painted by the petitioners, and held that the provision is arbitrary, within the meaning of Article 14. While the venerable Judge acknowledged that there is a ‘legitimate state interest’ – a test he himself had formulated in the Right to Privacy judgment – he opined that one right cannot be sacrificed at the altar of another right (Right to food, shelter etc. under Article 21 and the corresponding obligation of the State). He expounded on the dangers posed by technology, in the context of right to privacy. However, it is a settled legal principle that the possibility of abuse cannot be a ground to invalidate a law. It bears noting that the observation that “It may be the fashion of the day to advance the cause of a digital nation” was unwarranted, to put it mildly. Thus, after reading some portions of the opinion, a layperson would walk away with the impression that the right to privacy is unimpeded by caveats.

The other key issue was the conclusion that the passage of the Aadhar Bill – which culminated into the Aadhar Act – as a Money Bill constituted a fraud upon the Constitution. In this regard, even the basic structure doctrine was invoked, in the dissenting opinion. The argument of the Union of India was built on the footing that since the money for the schemes, which were covered by Aadhar, was being drawn from the Consolidated Fund of India, it was a Money Bill. This issue required interpretation of Article 110 of the Constitution, which deals with Money Bills. Interestingly enough, the said provision employs the phrase ‘only provisions’. While Justice Sikri, in the lead judgment, opted for a purposive interpretation and accepted the contention that the Act is primarily about expenditure from the Consolidated Fund and other provisions are only incidental, Justice Chandrachud opted for a literal interpretation.

In his dissenting opinion, he opined that it was not a Money Bill, in light of the language employed in Article 110, and thus passage thereof as a Money Bill tantamounts to a fraud upon the Constitution. Intriguingly enough, the basic structure doctrine was also invoked in this context, by opining that a bicameral legislature is a basic feature of the Constitution, and classification of the Aadhar Bill as a Money Bill denuded the Council of States of its powers. This line of reasoning is problematic on two counts: a) When three out of five Judges reached the conclusion that it qualified as a Money Bill, there was no occasion to direct opprobrium at the government regarding its classification as a Money Bill. Since Section 7 refers to expenditure drawn on the Consolidated Fund, there is a reasonable case for classifying it as a Money Bill, which has also been approved in the majority judgment. B) Secondly, the basic structure doctrine ought not to have been invoked in this context. Anyone with a nodding acquaintance with constitutional law knows the said doctrine is not a panacea for all ills. In the cases of Indira Nehru Gandhi v/s Raj Narain and Kuldip Nayar v/s Union of India, it was laid down that the basic structure doctrine is used as a tool only to test the validity of constitutional amendments, and not ordinary laws. Thus, it is intriguing that a doctrine which cannot be invoked to scrutinize ordinary legislations has been invoked in the context of the Lok Sabha Speaker’s classification of a Bill as Money Bill. It is equally puzzling that even though the doctrine has been invoked, it has not been employed to arrive at an independent conclusion in the dissenting opinion. 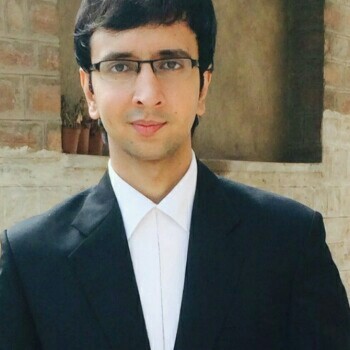