Itâs going to be âSidhu Sarkarâ next, says Facebook page run by his team 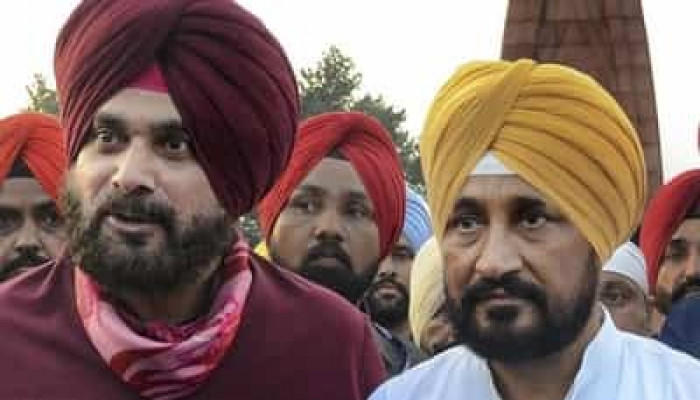 ‘Jittega Punjab’, a Facebook page run by Punjab Congress president Navjot Singh Sidhu’s team on Thursday posted that next would be “Sidhu’s Sarkar”.

This development comes after the cricketer-turned-politician said that people of Punjab who elect MLAs will choose their chief minister as well, not the Congress high command.

Sidhu has been strongly pushing for the announcement of the chief minister face before the elections. Even Punjab CM Charanjit Singh Channi, in a recent interview, has endorsed the idea, stating that it would benefit the Congress.

He posted another tweet, “The fight is to change this system which has eroded Punjab like termites and is being run by mafias in connivance with mischievous politicians. This system cries for a change & reforms as the glory of Punjab has been annihilated by the nexus of few political leaders and mafia.”

Sidhu’s statement and Channi’s opinion invited a sharp reaction from Manish Tewari who said that Punjab needs serious people and took a swipe at the KPCC chief.

“Punjab requires a CM who has solutions to Punjab’s challenges, capacity to take tough decisions. Punjab Needs serious people whose politics is Not Social Engineering, Entertainment, Freebies and NOT regime favourites rejected by people in successive elections,” Tewari tweeted.