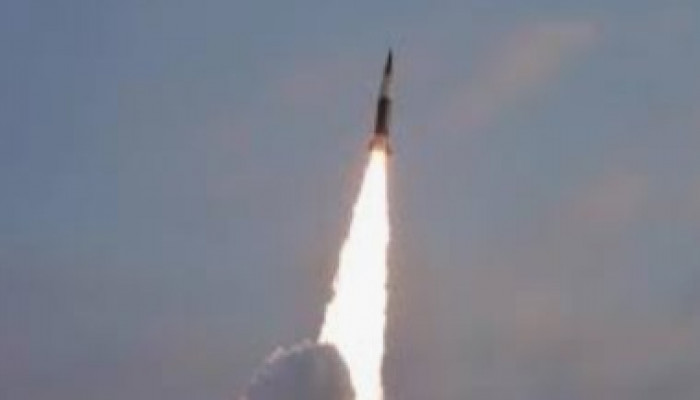 On Tuesday morning, the Israeli Defense Ministry announced that Arrow 3 anti-ballistic missile system had been successfully tested outside the Earth's atmosphere. Moshe Patel, head of the Missile Defense Organization within the Defense Ministry, told reporters on Tuesday that during the trial a number of "breakthrough" capabilities were examined.

“We have made a breakthrough in every part of the system, in the detection arrays, in the launches, even in the interceptors themselves, so that they match the threats that are expected in the region. There were highly, highly significant technological breakthroughs here that were assessed and can be used by the air force in its operational systems immediately,” Patel said.

Two Arrow 3 interceptors were fired at the same target during the live-fire test on Tuesday morning, over central Israel.

“The operational radar arrays of the Arrow system detected the target and sent the data to the fire management system, which analyzed the data and fully plotted the interception. Once the plans were completed, two Arrow 3 interceptors were fired at the target, and they completed their mission successfully,” the Defense Ministry said in a statement.

In Levy's opinion, the launch of two interceptors was a planned strategy, not a reaction to one interceptor being unsuccessful at shooting down the simulated target. During the exercise, the two interceptors had "two different missions" because of their differing flight paths.

Patel pointed out that this is the first time two interceptors have been launched simultaneously, which mimics what would occur in a real barrage.The interceptors shot down the target at a depth of more than a million feet, but he refused to specify exactly at what altitude they shot it down.

Israel's Arrow 3 long-range missile defense system currently provides the best means of intercepting ballistic missiles outside the Earth's atmosphere, destroying their nuclear, biological, chemical or conventional warheads closer to their launch sites.This system was developed as a joint project by the Missile Defense Organization of the Defense Ministry and the American Missile Defense Agency.

An Arrow 4 system, which is even more advanced, is in development. Daniel Gold, director-general of the Defense Ministry's Weapons Development and Technology Infrastructure Administration, called the test a "breakthrough that represents a technological leap forward in terms of updating the military's capabilities to meet threats regionally and on the battlefield of the future."

Iran has conducted a number of ballistic missile tests in recent weeks, including Tuesday's test. The Defense Minister comments appear to be a threat to Iran, as Benny Gantz says the Arrow test will allow Israel to act freely.

“We are preserving Israel’s ability to defend itself against developing threats in the region and allowing Israel offensive freedom of operation against its enemies, from an understanding that the best defense allows for the most effective attack,” he said.

Inclement weather may have delayed Tuesday's test multiple times, with commercial aircraft restricted from flying over the testing area off the coast of central Israel twice in the past week. The reason for the postponements has not been stated by Patel, who only claims that safety criteria have not been met.

Following months of delays and technical difficulties, the Arrow 3 was successfully tested for the first time in February 2018. A powerful weapon of its kind, it has been under development since 2008 and is considered one of the most powerful weapon systems in the world. Among Israel's various missile defense systems, the Arrow 3 is the highest level of its multi-tiered missile defense network protecting it from short-, medium-, and long-range attacks.