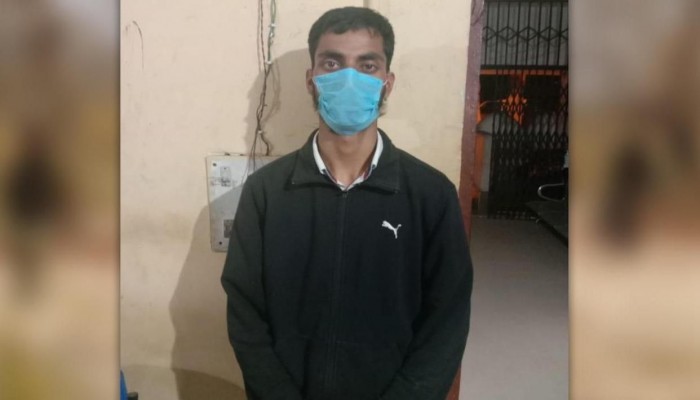 In a joint operation, Special Operation Group (SOG) and Jammu Police on Monday arrested a commander of Islamic State of J&K (ISJK)  and seized a pistol, its rounds and cash Rs 1 lakh at Jhajjar Kotli on Jammu-Srinagar Highway.

“The SOG and Jammu Police arrested one militant of the listed militant outfit, Islamic State of Jammu and Kashmir (ISJK) with one pistol, its 8 rounds and cash worth rupees one lakh and 13 thousand,” said Inspector General of Police (IGP), Jammu, Mukesh Singh. He said that the police have averted militant attacks with this arrest.

“Malik Umair alias Abdullah, a resident of Yaripora village in south Kashmir's Kulgam, was arrested from Jhajjar Kotli on the Jammu-Srinagar national highway,” the officer said.

The success came after police started checking at Jhajjar Kotli after being tipped-off about the possible movement of a terrorist commander.

After seeing officials at the check point, one person tried to flee but later apprehended, from whom a pistol and cash, concealed in a bag, were seized," he said, adding that the man later turned out to be a commander of the ISJK.

“He had received a delivery of weapon and cash to further carry out militant strike in the Union Territory,” he added.

During initial investigation, the IGP said, “It has been found that the arrested militant was in touch with more operatives of the ISJK module. Further investigation of the case is in progress.”