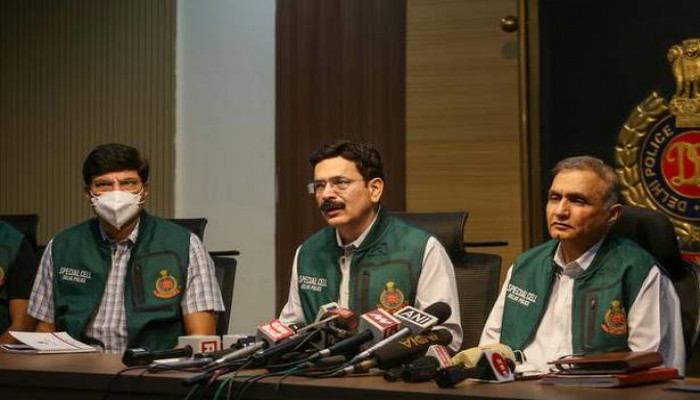 Police have busted a terror module that planned attacks during the upcoming festive season and exposed a nexus between Pakistan's spy agency and the underworld involved in the plot, officials aware of the developments said on Tuesday.

Six suspects were arrested from three cities and explosives and firearms seized from them in a major success for the security establishment, the officials said.

Two of those arrested were trained by Pakistan's Inter-Services Intelligence (ISI), the officials said. They added Anees Ibrahim, the brother of underworld don Dawood Ibrahim, was believed to have been involved in the planning. He was operating from Pakistan.

The six arrested have been identified as Jaan Mohammad Shaikh (47) from Maharashtra, Osama (22) from Delhi, Moolchand (47) from Rae Bareli in Uttar Pradesh, Zeeshan Qamar (28) from Prayagraj, Mohd Abu Bakar (23) from Bahraich and Mohd Amir Javed (31) from Lucknow.

Police said the arrests were made during raids at various places in Uttar Pradesh, Maharashtra, Delhi and Rajasthan.

"Out of the six who were arrested, two (Osama and Zeeshan) were trained in Pakistan and they entered India just this year," Neeraj Thakur, special commissioner of police at the Delhi Police's Special Cell, told the media.

"We formed a special team when we received information about these individuals. Two of them had gone to Muscat and then to Pakistan. They were trained in explosives," Thakur said.

The group was operating as a sleeper cell, and it appears that "there was close coordination with individuals from across the border", the official said.

He said Anees Ibrahim was part of the planning process and "funding was being done through hawala network".

Those arrested were waiting for the festive season to carry out attacks and "had special pistols that were supposed to be used for targeted killings", Thakur said.

Delhi, Uttar Pradesh and Maharashtra were among the states targeted, he said.

The Special Cell of Delhi Police had received reliable input from a central agency that a Pakistan-sponsored group was planning to execute serial Improvised Explosive Devices (IED) blasts in India.

"For this, the group has got multiple IEDs arranged from sources across the border and are at an advanced stage of preparation. Inputs further indicated that an Okhla, Delhi-based entity is an important part of this module. He has associates based in various parts of the country, including Uttar Pradesh and Maharashtra," Delhi Police said in a press note.