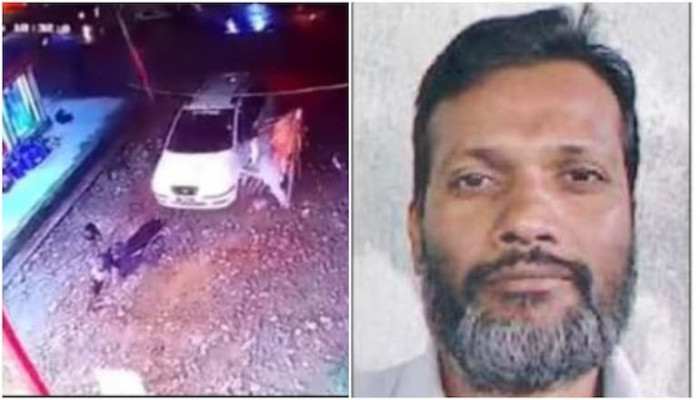 A man who worked as an agent of Pakistan’s Inter-Services Intelligence (ISI) was shot dead outside his hideout in Nepal’s Kathmandu on September 19. Intel agencies told India Today that he was the biggest supplier of ISI's counterfeit notes in India.

The incident was caught on camera and India Today got access to the CCTV footage where unidentified assailants shot the ISI agent.

The ISI agent has been identified as Laal Mohammad (55) alias Mohammad Darji.

At the behest of the ISI, Lal Mohammad used to get fake Indian currency from Pakistan and Bangladesh to Nepal and then supply it to India from there, according to the India Today exclusive.

According to the authorities, Laal Mohammad also assisted the ISI with logistics support and had links to underworld gangster Dawood Ibrahim’s D-gang. He also provided asylum to other ISI agents.

The CCTV footage shows how Laal Mohammad got down from a luxury car outside his house in the Gothatar area of Kathmandu. Moments later, two assailants opened fire on him. Lal Mohammad tried to hide behind his car but the assailants continued firing.

The CCTV also reveals how Laal Mohammad’s daughter jumped from the first floor of the house to save her father. However, by the time she reached her father, the assailants had killed Mohammad and managed to escape.