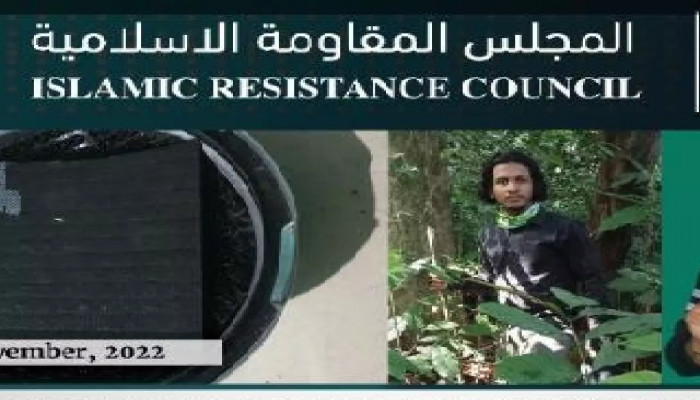 In a major development in the Mangaluru blast case, Islamic Resistance Council (IRC), an unknown Islamic outfit, on Thursday claimed responsibility for the November 19 Mangaluru auto blast and warned of another attack in future.

The Karnataka Police have launched an investigation into the fresh developments. Police sources said they are verifying the origin of this information. "We are checking the veracity of the contents and genuineness of the organisation," said ADGP Law and Order Alok Kumar.

A press statement of an unknown group - Islamic Resistance Council - has surfaced claiming responsibility for the Mangalore autorickshaw blast. In the statement shared by IRC, the group said that their target was a temple in Kadri, which is a bastion of "saffron terrorism" in Mangaluru, but the bomb exploded before reaching the target.

The statement has the heading in Arabic language which reads "Majlis Almuqawamat Al'islamia" and has two pictures of Shariq who got injured in the bomb blast and is getting treatment in hospital under police custody.

"We the Islamic Resistance Council (IRC) would like to convey the message: One of our Mujahid brother Mohammed Shariq attempted to attack the Hindutva Temple in Kadri (in Dakshina Kannada district), a bastion of the Saffron terrorists in Mangaluru," the message said.

It further said, "Although this operation didn't meet its objectives, we still consider it a success from a tradecraft and tactics point of view as the brother in spite of being wanted and being pursued by the state and central intelligence agencies, was not only able to successfully evade them but even prepared and mounted an attack."

The IRC has also threatened Alok Kumar, ADGP Law and Order, Karnataka saying, "Your joy will be short-lived and you shall reap the fruits of your oppression soon."

In the last part of the statement, the IRC said they will always issue statements as a follow-up to an operation.

Shariq, hailing from Thirthahalli in Shivamogga district, was travelling in an auto rickshaw with a pressure cooker fitted with a detonator, wires, and batteries when it exploded on the outskirts of Mangaluru on November 19. He is currently being treated in a city hospital after suffering burn injuries. The explosion was "an act of terror" that caused significant damage, according to Karnataka police.

"Matchboxes, phosphorus, sulphur, batteries, circuit boards, and nuts and bolts from the house were discovered. The home's owner, Mohan Kumar, was unaware of these actions," the ADGP had said. Four youths have been apprehended so far as part of the investigation – two from Mysuru, one from Mangaluru, and one from Ooty.