Involvement of Children in political protests is weaponisation of their innocence 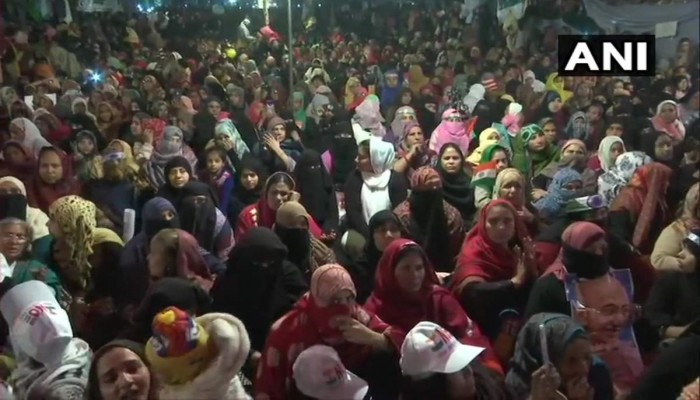 The presence of children in the Shaheen Bagh protests-infants in the arms of their mothers, toddlers waving the tri-colour and primary school aged children talking about how Modi and Amit Shah would put them in jail, deny them food and clothes if the CAA and NRC was implemented- concerned many people. And with the death of a 4-month old from the cold, it seems rightly so. The mother in question has two other kids. She says she is willing to "sacrifice" for the cause, the father blamed the government and their implementation of CAA and NRC. Some others said the child was Allah's and Allah called him back. CAA and NRC aside, this was no sacrifice but cold- blooded murder. Which mother brings a sick child to a protest that is outdoors in freezing weather?

Many others have dismissed these concerns as elitist luxury of being able to afford child care. To them I must say the idea of paid child care is rather new to India. Children have always been left at home in the care of grandparents and other family members where parents have worked. My grandmother looked after my sister and myself when we got back from school until my mum came home from work. In turn my sister and myself have baby-sat for cousins and family friends on multiple occasions, and still do, for nothing in return. The least these women could've done is taken turns to look after the children away from the cold. That way they take part in the protest as well as keep the children safe. But such concerns are of those who care for the well-being of the children. Here, that is clearly not the case.

A recent article defends the presence of children at protests on the grounds that in India children are regularly found at hazardous locations like construction sites, footpaths, etc., and to that we are oblivious. But it begs the question-is there really a comparison? Women working at constructions are forced to take their children there because more often than not that is where these families live. Not to forget these women are there to earn a living so as to be able to feed these children. Comparing these hardworking women to those in Shaheen Bagh is doing a disservice to the former. Comparing children on footpaths and at traffic lights in the arms of a begging mother, however, is an apt comparison. The women at Shaheen Bagh hope to tug at your heart stings while those at the traffic light hope to loosen your purse-strings while using the children as props to guilt trip you into serving their ends.

The author then goes on to say that we condone children in politics as long as we support the cause and disapprove when we don't. He cites the waving of flags, dressing up in costumes, singing songs and shouting slogans by children in support of political causes. However, the issue at hand isn't just the participation of children at protests but the weaponisation of their innocence, which is clearly the case in Shaheen Bagh. The parading of infants and toddlers, night after night in the freezing cold thrust into the white glare of cameras provoking a response isn't involvement but propaganda. Keeping school going children away from their homework and enlisting them to recite half-truths isn't engagement, it is radicalisation. As a final argument the author says we must look at the message and not the age and holds up the example of the teenage climate activist Greta Thunberg. While giving her leeway for being a teenager, we must examine her argument because despite her passion, there is a team of adults managing her. Similarly, the children are being held up as a facade to bring legitimacy to a protest that has occupied an arterial road and restricted the mobility of millions.

In conclusion he writes that no organ of state cares more or is better equipped to decide about the participation of children in a protest than the parent. But in such a case where the welfare of the child is secondary to the parent, as is clearly the case in Shaheen Bagh, it is the duty of the State to intervene and safeguard the interest of the child even if it is against the parent. The author wouldn't be making the same argument if the child were being starved, beaten or sexually abused by the parent. How then can the author defend the presence of children out on the streets in the cold when they should instead be tucked into warm beds?

In a country where children are considered a blessing, revered as god-like and where parents sacrifice the better part of their adult lives to provide their children every possible comfort in life, calling the death of a child from neglect a ‘sacrifice’ goes against the grain and is naturally alarming to the vast populace. How awful must it be for couples that are childless to see someone not just take for granted that they can’t have but to throw it away so casually. The women of Shaheen Bagh claim to protest for the future of their children but what future do dead babies have?