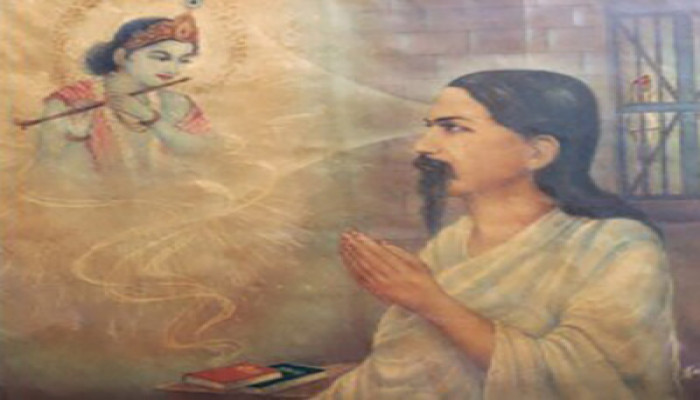 Prime Minister Narendra Modi on the eve of the completion of 75 years of independence has laid an objective vision for India. Along with Jai Jawan, Jai Kishan, Jai Vigyan, the PM added a new objective, Jai Anusandhan. He urged the youth to resolutely rededicate themselves towards the development of the entire humanity and enlisted five pledges for the Centennial Year- to make India a developed country, remove all traces of servility, instill pride in heritage, unity, and fulfill our duties towards the nation. He also called India an aspirational society and mother of democracy with diversity as its strength.

Envisioning new growth and development through digitalisation, he remarked, “India’s techade is here! With 5G, semiconductor manufacturing and Optical Fibre Cable (OFCs) in villages, we are bringing a revolution through Digital India to the grassroots level”. The visionary blueprint for an Amrit Kaal factoring in the enthusiasm and impatience of a youthful country has infused a fresh impetus into the collective consciousness.

Being one of the oldest thriving civilizations in the World, on this momentous occasion, it is incumbent upon the Indians to integrate the blueprint envisioned for development by the Prime Minister with the dharmic framework. Sri Aurobindo Ghosh, a yogi, maharishi, philosopher, spiritualist, thinker and nationalist contrived a vision to reclaim and restore our civilisational glory.

India’s 76th Independence Day marks the 150th birth anniversary of Sri Aurobindo. Born in 1872 on August 15th, Sri Aurobindo was a polyglot, poet who studied at King’s College, Cambridge and pursued Occidental education with no exposure to Indian culture. After his return to India in 1893, he learned Sanskrit and other Indian languages and assimilated the spirit of the Indian civilisation. Being a firm advocate of the Swadeshi Movement, he joined the agitation against the partition of Bengal. Leading the extremist wing of the Congress party along with Bipin Chandra Pal and Bal Gangadhar Tilak he demanded nothing less than Purna Swaraj. Along with rousing political speeches, he inspired Indians through his political writings in Bandemataram.

Sri Aurobindo was first arrested in 1907 and was later released. But again, implicated for his revolutionary activities, in 1908, he was jailed for the Alipore Conspiracy case and after his acquittal from jail in 1909, he delivered the most famous Uttarapara Speech. A year of seclusion in jail has eventually transitioned his political journey to a spiritual one.

The speech is an admixture of his spiritual experiences in jail and the clarion call to work relentlessly towards Purna Swarajya. With the arrest of Sri Aurobindo, the nationalist movement and the revolutionary activities pertaining to them suffered a major setback. Despondency and pessimism plagued the general masses. The future seemed uncertain. At this juncture, obliging the request of organisers, Sri Aurobindo delivers a lecture that besides mirroring his own uncertainty about the future gives a greater perspective on Sanatana Dharma and how it is inextricably linked to Nationalism.

Speaking for the first time in public about his yogi experiences, mulling over the sudden erosion of hope and pessimism everywhere, Sri Aurobindo says, “But one thing I knew, that as it was the Almighty Power of God which has raised that cry, that hope, so it was the same Power which had sent down that silence. He who was in the shouting and the movement was also in the pause and the hush. He has sent it upon us so that the nation might draw back for a moment and look into itself and know His will”.

During his incarceration in jail, Sri Aurobindo had his first spiritual experience and believed that he was commanded to carry forward a message and believed that no human power could stop God’s instrument, “the year of detention was meant only for a year of seclusion and of training. How could anyone hold me in jail longer than was necessary for God’s purpose? He has given me a word to speak and a work to do, until that word was spoken, I knew that no human power could hush me, until that work was done no human power could stop God’s instrument, however weak that instrument might be or however small”.

However, his faith gets shaken after he was arrested in a bomb case. He then questions Ishwara as to why this has happened to him. Since all he wanted to do was to work for the people of the country. Then he submits that a week ahead of the arrest he received an inner call to leave all the work and go into seclusion to have a greater communion with Him. But he believed that his work was so dear to him and he felt it would suffer or stop if he leaves it.

Then, delightfully, he recounts his realisation that has dawned and talks about the Nishkaama karma concept of Gita stating, “Sri Krishna demanded of Arjuna what He demands of those who aspire to do His work, to be free from repulsion and desire, to do work for Him without the demand for fruit, to renounce self-will and become a passive and faithful instrument in his hands, to have an equal heart for high and low, friend and opponent, success and failure, yet not to do His work negligently”.

This was the moment when Sri Aurobindo assimilated the crux of the Sanatana Dharma. He expounds that the nub of Sanatana Dharma is, “other religions are preponderatingly religions of faith and profession, but Sanatana Dharma is life itself; it is a thing that has not so much to be believed as lived. This is the Dharma that for the salvation of humanity was cherished in the seclusion of this peninsula from the old. It is to give this religion that India is rising. She does not rise as other countries do, for self or when she is strong, to trample on the weak. She is rising to shed the eternal light entrusted to her over the World. India has always existed for humanity and not for herself and it is for humanity and not for herself that she must be great”.

Ostensibly, the rise of Sanatana Dharma, unlike the Western perception of expansion was never about conquering or vanquishing a race or a civilisation. But its expansion always served the cause of humanity.

His divine experiences, deeper vision of Ishwara in jail, his ability to see Vasudeva in things animate and inanimate and his subsequent acquittal from jail with the legal expertise of Sri Chittaranjan Das all vouch to the fact that a year of seclusion has brought about a miraculous transformation in Sri Aurobindo.

He says, “I looked at the jail that secluded me from men and it was no longer by its high walls that I was imprisoned; no, it was Vasudeva who surrounded me. I walked under the branches of the tree in front of my cell but it was not the tree, I knew it was Vasudeva, it was Sri Krishna whom I saw standing there and holding over me his shade, I looked at the bars of my cell, the very grating that did duty for a door and again I saw Vasudeva. It was Narayana who was guarding and standing sentry over me. Or I lay on the coarse blankets that were given to me for a couch and felt the arms of Sri Krishna around me, the arms of my Friend and Lover. This was the first use of the deeper vision He gave me. I looked at the prisoners in the jail, the thieves, the murderers, the swindlers, and as I looked at them, I saw Vasudeva, it was Narayana whom I found in these darkened souls and misused bodies..”

Sri Aurobindo attained a state of supreme sublimation. Ever inundated with the visions of Vasudeva, he unflinching devotion towards Ishwara has eventually prodded him to explore the truths of Vedas, Upanishads and Bhagavad Gita.  His Yoga sadhana ushered him into a higher consciousness and the knowledge so distilled was replete with a profound understanding of Sanatana Dharma.

Amid the rise in the new awareness and enthusiasm to connect with our roots, the present discourse is often writ with the dilemma of what comes first or rather which is more important. Sri Aurobindo’s Uttarapara Speech essentially dispels this ambiguity and offers visionary counsel.

He states, “If a religion is not universal, it cannot be eternal. A narrow religion, a sectarian religion, an exclusive religion can live only for a limited time and a limited purpose. This is the one religion (Sanatana Dharma) that can triumph over materialism by including and anticipating the discoveries of science and speculations of philosophy. It is the one religion which impresses on mankind the closeness of God to us and embraces in its compass all the possible means by which man can approach God.”

This soul-stirring and spiritually uplifting message should now be assimilated by every Indian to realise the dream of a new India that stands as an epitome of Sanatana Dharma which always seeks the greater good of entire humanity. Only a nation that can take immense pride in its heritage, culture and religion can alone command the respect among the comity of nations. Independence Day is the time when people should contemplate nation-building. Santana Dharma perfected by Rishis, Saints and Avatars has been central to the very existence of this country.

Nationalism and Sanatana Dharma are synonymous. The parochial western definition of nationalism has mischievously misinterpreted people’s deep-seated attachments to the values integral to the nation. Until India takes pride in its heritage and civilisational values, the World would never bother to respect and recognise India. With one of the Centennial goals being making India a major global power, we must seek refuge in the guiding light and prescient vision of the intellectually and spiritually awakened souls.