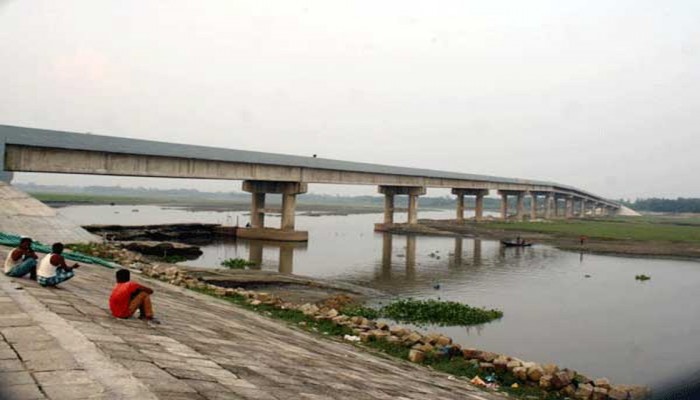 The bridge over River Feni connecting Tripura and Bangladesh will be completed in next 7 days.

The length of the bridge is 432-meter in southeastern Bangladesh and the Tripura state of India.

As per the reports, the bridge will connect Sabroom in Tripura with Ramgarh in Bangladesh and set to become a new corridor for Indo-Bangla trade and commerce.

Meanwhile, the Chittagong port in Bangladesh is only 72 kilometres away from Sabroom and will help Indian authorities to use the port for trade and commercial activities with South East Asia.

The bridge will provide direct road connectivity between South Tripura and Chittagong allowing India to use Chittagong as a “port of call” and promoting trade, tourism and people-to-people ties.

It will facilitate carrying of heavy machines and goods to and from the north-eastern states and the rest of India via Bangladesh through Chattogram.