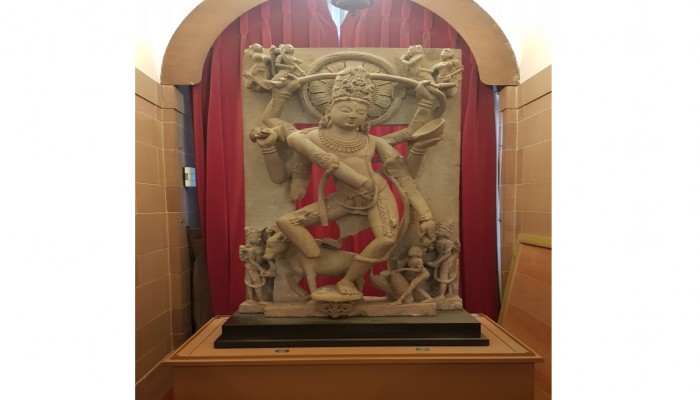 A long pending case finally sees some closure as the Natesa icon currently in the Indian High Commission, London, originally from the Ghateswara Temple, Baroli, Rajasthan is returned to India. Stolen in 1998, this icon has had a tortuous journey to this point. The thieves had replaced it with a fake, and smuggled the original out of the country. Eventually, London collector J. Kasmin had possession of it in 2005, and he handed it over to the Indian High Commission at that point. .

Based on an expose by Mr. Peter Watson in the book and the BBC programme “Sotheby’s, The Inside Story” (1997), Rajasthan police under Shri Anand Srivastava opened an investigation into one Vaman Ghiya, titled Operation Black Hole. Vaman Ghiya was arrested in 2003, standing accused of having stolen 20000 pieces of art and laundering them via a host of swiss front companies and Sotheby’s – The International auction house. In addition in raids on Vaman Ghiya’s linked farm houses in Delhi, 506 artefacts were seized by the police, of which 485 were confirmed as antiquities by ASI. Vaman Ghiya was convicted in trial court, but eventually acquitted in 2014 by the Rajasthan High Court, partially because India had not repatriated even a single piece of art allegedly smuggled abroad by Ghiya.

Dr. Kirit Mankodi has been instrumental in this case, which will mark a significant repatriation in the Ghiya case. The duplicate Natesa was deposited at Rawatbhata Police Station. Dr Mankodi photographed it and provided the photographs to ASI Jaipur. He also spoke to Shri Anand Srivastava, who in April 2010 gave him the actual letter confirming the handover of the sculpture to the Indian High Commission, London. Dr Mankodi has been diligently following up the case escalated it to the DG ASI and PMO.

The India Pride Project has been making efforts to reopen the cases pending from Operation Black Hole. To this end, Mr. Vijay Kumar followed up the case during meetings with ASI in 2014 and with High Commision, London. These efforts bore fruit - the sculpture was inspected by ASI in 2017 in London and confirmed that the Natesa was indeed the looted original sculpture. Thanks to prompt efforts by Mr. Rahul Nagare and the Indian High Commission in reopening all the old documentation and persistent followup – the Natesa is being virtually handed over the India and will be finally coming home after 22 long years abroad.

It is pertinent to point out that despite compelling evidence, another suspected Ghiya-linked sculpture the Yogini Vrishanana returned to India in 2013 was treated as a one off restitution and not linked to Operation Blackhole or the Ghiya case appeal. This sculpture was part of numerous looted aretfacts from an unprotected site in Lokhari – a village in the Mau subdivision of Banda district of Uttar Pradesh. The sculpture Yogini Vrishanana, weighing nearly four hundred kilograms, was taken to France illegally. It was acquired by the late art collector, Mr. Robert Schrimpf, whose wife  Mrs. Martine Schrimpf, informed the Embassy of India in Paris of her desire to donate the object.  The Hon’ble Minister of Culture, Smt. Chandresh Kumari Katoch directed the National Museum, New Delhi to bring back the sculpture, which returned safely to India in the month of August, 2013 to a grand celebration.

We take this opportunity to make an appeal to any collector in possession of the attached Goat Headed Yogini, a sister sculpture looted by the same gang to come up and give it back to India. This was also published by Peter Watson in his book and has not been seen for the past 22 years.

The ASI and Minister of Culture should also use this restitution as a much needed impetus to reopen the Vaman Ghiya case and resurrect Operation Blackhole and go after the thousands of artefacts stolen since the 1960s looted by the Vaman Ghiya gang and also appeal his acquittal.

The Natesa when photographed insitu in the Baroli Temple.

Fake left behind by the robbers

Vijay and Mr Rahul Nagare in front of the Natesa in London in Feb 2020.

The Yogini Vrishanana returned from Paris and currently in the National Museum, Delhi 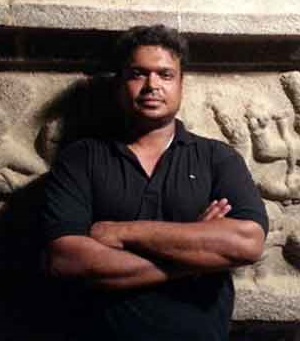