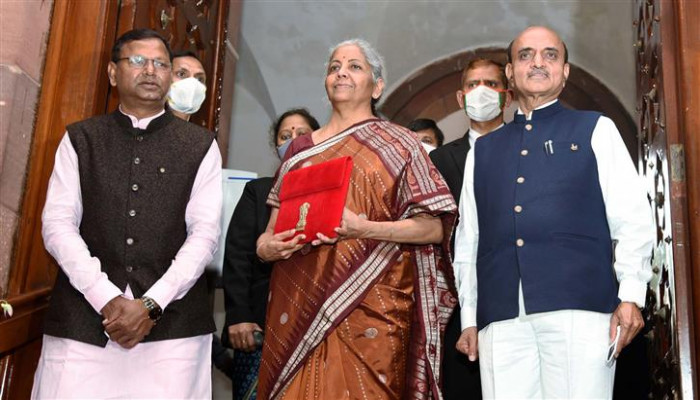 Unveiling of India’s Union Budget is the single most substantive economic event of the year. It is an occasion to take stock of the immediate past economic performance, to review macroeconomic and fiscal trends and scenarios, and explain India’s initiatives for future readiness.

Economic and social policy initiatives however are undertaken throughout the year. This should be taken into account in any budget analysis. Analysis of the Union Budget should also involve a whole set complementary documents presented with the Union budget1.

Economic Survey of India is presented in the Parliament the day before the Budget. This year, the 442-page survey was presented on 31 January 2022. The Survey usually has a specific theme. For 2021-22 Survey it is the “Agile” approach to addressing Covid-19 Pandemic challenges while reviving the economy. The Survey deserves to play greater role in policymaking and in academic teaching and research than has usually been the case in the past.

The “Agile” approach that informed India’s economic response is based on feed-back loops, real-time monitoring of actual outcomes, flexible responses, safety-net buffers and so on. Planning matters in this framework but mostly for scenario analysis, identifying vulnerable sections, and understanding policy options rather than as a deterministic prediction.

There is also a separate revamped Statistical Appendix designed to facilitate the “Agile” approach.  The Appendix has five separate tables of High Frequency Indicators (HFIs), such as new subscribers to the employees’ Provident Fund; volume of e-way bills, monthly GST (Goods and services Tax) revenue, and domestic air traffic.

The Survey emphasises process reforms comprising simplification of the processes where government involvement is essential and designed to reduce transaction costs. This is different from deregulation involving significant reduction or ending government’s role in an activity. This emphasis on process reform is also prominently evident in the 2022-23 budget.

The survey estimates real GDP growth of 9.2 percent in 2020-21; and projects real growth of between 8.0 to 8.5 percent in 2022-23. Given volatility in energy prices and uncertain global environment, a range rather than a single number for the real GDP is appropriate. Even if the CSO (Central Statistical Organization) revises 2020-21 figures in a favourable direction, the fact that by March 2022, India’s GDP (and most other macroeconomic indicators) will be above the pre-pandemic levels, will remain unchanged.

Greater use of ranges in projection better reflects the probabilistic nature of the forecasts, and are consistent with the “Agile” approach to policymaking. The Survey cautions that managing imported inflation in 2022-23 would be a major challenge.

Chapter 11 of the Survey is titled “Tracking Development through Satellite Images and Cartography”, making use of new technologies to obtain accurate and timely data for policy making. Figures 1 and 2 provide examples from the Survey. This area could become another sector in providing economic opportunities, including for exports.

In FY22, investment to GDP ratio was 29.6 percent, the highest in seven years. This ratio still needs to increase to around 33 percent.

Chief Economist of the State Bank of India, Dr. S. K. Ghosh reports that the total gross household financial savings jumped by a massive INR 7.1 trillion in FY21. Total liabilities increased by only INR 18,000 crores. This suggests that while household consumption has been less robust, financial position of the households as a group has improved.

Analysis of the 2022-23 Budget Proposals

The 2022-23 Union Budget may be characterized as exhibiting sound economic reasoning and social policies, consistent with macro-prudence and future orientation. This is elaborated below.

The 2022-23 Budget continues the commendable practice of fiscal transparency of 2020-21 Budget for which the finance minister received well-deserved recognition, improving India’s Fiscal credibility. Such fiscal transparency is also evident in this year’s budget as evidenced by losses from Air India privatization being reflected in the 2022-23 fiscal accounts.

This ratio needs to be improved. The budget does seek to expand tax base by levying a 30 percent tax (without offsets) on virtual digital assets.

Select examples from the 2022-23 Budget are provided below.

Most importantly, this will provide real time information to all stakeholders, and improve international competitiveness. Open-source mobility stack, for organizing seamless travel of passengers will also be facilitated.

E-passports to be introduced in 2022-23 with embedded chips. This will facilitate foreign travel and reduce transaction costs.

For smooth economic functioning both entry and exit of firms should be made efficient. The Budget proposes process reform for voluntary exit of corporate firms from current two years to six months. This will make creative destruction more efficient, and encourage new business formation.

India’s 2022-23 Union Budget augurs well for the future generations. The following illustrate the future orientation of the Budget.

The above along with respect accorded to wealth creating entrepreneurs has altered India’s earlier political economy. This would facilitate technological change and efficiency enhancement which will lead to more sustainable prospects for the future.

The Union Government’s 2022-23 Budget sets a benchmark for fiscal transparency, economic and fiscal projections which have high degree of credibility, sound economic reasoning and social policies evidenced in the proposals, and has future orientation. It sets a high benchmark against which the future Union budgets and the budgets of the state governments should be assessed.

It is essential that better accountability and transparency of the state governments in India becomes an integral part of policy relevant empirical and theoretical research and dialogue on public financial management.