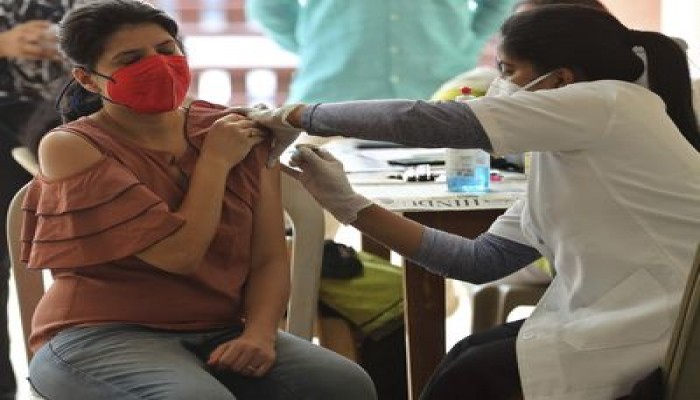 On Monday, the Serum Institute of India (SII) endorsed the Centre's statement refuting media reports claiming that the government has not placed any fresh order for COVID-19 vaccines as "incorrect" and not based on facts.

Serum Institute took to Twitter wherein it said, "We endorse this statement, and the authenticity of the information. We have been working closely with the Government of India for the past year and thank it for its support. We remain committed to ramping up our vaccine production to save every life we can."

Pertaining to this issue, the Union Health Ministry said, "The news reports suggest that the last order placed with the two vaccine makers (100 million doses with SII and 20 million doses with Bharat Biotech) was in March 2021. These media reports are completely incorrect, and are not based on facts."

"It is clarified that 100 per cent advance of Rs 1732.50 crore (after TDS Rs 1699.50 crore) was released to Serum Institute of India (SII) on April 28 for 11 crore doses of Covishield vaccine during May, June and July, and was received by them on April 28," it further elucidated.

According to an ANI report, an additional 100 per cent advance of Rs 787.50 crore (after TDS Rs 772.50 crore) was sanctioned on April 28 to Bharat Biotech India Ltd (BBIL) for five crore Covaxin doses during May, June and July, and was received by them on April 28.

It further said that as on date against the last order of 2 crore doses for supplies of Covaxin vaccine, 0.8813 crore doses have been delivered till May 3.

In addition, the Union Health Ministry stated, "As of 2nd May 2021, Government of India has provided more 16.54 crore vaccine doses to States/UTs Free of Cost. More than 78 lakh doses are still available with the states and UTs to be administered. More than 56 Lakh doses, in addition, will be received by the states and UTs in the next three days."