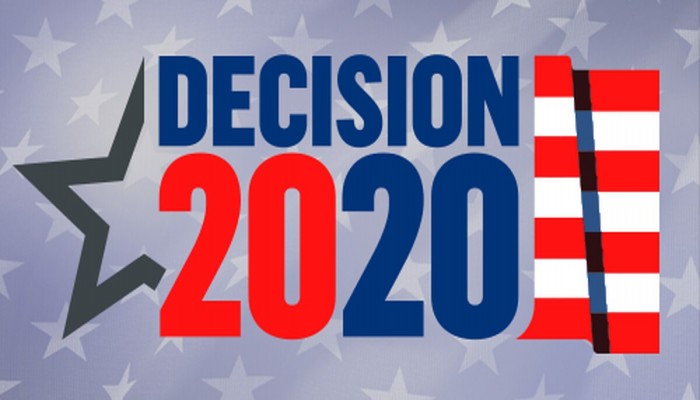 Decision 2020 is happening under unprecedented circumstances. The worst pandemic in 100 years is ravaging the world. It is also the election year to be held for the most powerful job in the world: The President of The United States. The choice has finally boiled down to Biden and Trump in November.

The democratic primaries were brutal, and one candidate Bernie Sanders appeared to be running away with the prize in the first three primaries/caucuses. However, Biden pulled one back in South Carolina emphatically to win more in the Super Tuesdays. Many democratic voters I spoke to were genuinely afraid of extreme left-wing political approach of Bernie Sanders and henceforth cast their vote for Biden. It also got me campaigning for Biden in the primary. For the first time ever, I campaigned during the primaries.  Among my motivations was to avoid having a socialist government post Nov 2020.  I have not voted republican since the house district elections in 2014. I do not intend to vote them this time either.

As an Indian origin voter, I share a lot of qualities of a democratic voter. I am from a multi-cultural background with a liberal opinion on family planning, taxes, immigration, public spending, climate change, health care, gun control and many more. Most of my and my fellow Indian voters’ views concur with that of democrats. This has reflected in the voting pattern as well.  I have often expressed my displeasure publicly towards democrats openly courting the undocumented immigrants from Latin American countries as against prioritizing legal immigration from India. Yes, India is the only country severely affected by the legal immigration problems. Despite my disagreements I and many of my fellow Indian voters feel democrats are friendlier towards immigrants.

Despite so many positives in relation to democrats on policy front there is one area where they have kept rubbing us Indian voters the wrong way. It is in their openly hostile attitude towards the Indian Prime Minister Narendra Modi. Many an editorial in the democrat leaning NYT, WaPo newspapers have been openly critical of India. All these criticisms have been countered well by the Indian diplomatic corps.

Ideally speaking laws like the Indian Citizenship Amendment Act is India’s internal matter. Why would the media like NYT and WaPo show prejudice in coverage of this law? After all no India citizen would ever get affected.  Shouldn’t such media have questioned the shabby treatment meted out to the neighboring countries’ persecuted minorities? Instead these moral police from US media question India for providing them relief. Does this even make sense?  The US also has similar agreements like Lautenberg amendment which is religion specific and most recently the resettlement of Bhutanese Hindu refugees in co-ordination with the United Nations from 2008 onwards. I have worked with those refugees, supporting them in their trauma relief for those Bhutanese residing in Atlanta. In the meantime, the Haitian economic refugees who came to the US earlier are still in Temporary Protected Status. Even legal immigration seekers from India dutifully paying taxes have been waiting in line for over 10 years to secure permanent residence in the US.  These legal Indian expatriates have been knocking at the doors of US lawmakers for a long time for a favorable revision of US immigration laws. I had also written about it earlier in this article1.

Therefore, such things are not unusual even in a developed country. So why is it acceptable that the US can pick and choose whom they can accommodate as permanent residents/citizens, but India cannot? This is hypocrisy.

The democrats barring a few who are at best ill-informed about India look up to these prejudiced media outlets and take it out on the Indian government. It is a cardinal rule in public discourse to not speak about issues you are not familiar with. Did the same democrats speak for Kashmiri Hindus who were massacred in front of their family members?  Over 350,000 Kashmiri Hindus are now living as refugees in their own country. Many others have emigrated to other countries leaving their homes.  Where were the lawmakers when this happened? Aren’t Hindus entitled with religious freedom?

Are they aware of some of the basic aspects of India?

There are a lot of positives you can say about India and the incumbent government. But they chose to parrot the anti-India narrative peddled by the media. I personally know many Indian origin voters and registered democrats who campaigned for the incumbent Indian Prime Minister Modi’s reelection and voted democrats in the US elections. So why this assumption that Modi supporters are all republicans? As I have indicated Modi is more liberal than even the democrats. Then why this Modi phobia in the media and among the majority democrats? Modi won the Indian national elections by a landslide getting more than 50% of the popular vote. So, are these Indian voters wrong in admiring and respecting him? What are the democrats trying to say? Bottom line: You insult the voters at your own peril.

One thing conspicuously from the discourse is President Trump’s total silence with regards to trade deals with India. He has been hostile with respect to H1Bs, which is a sensitive issue with Indian voters. There has been near zero progress in the clearance of legal immigration backlog from India. In general, he has not been immigrant friendly. There are many issues that the democrats can take up to help Indians. What have they done? None except passing HR1044 in the house.

This begs the question “Have the democrats missed an opportunity in connecting better with Indian voters?”   The answer to this question is an emphatic “yes”. Look at all the city council resolutions against India by St Paul, MN, Seattle, WA and Cambridge, MA. When did these democrats run city councils get the rights to question a sovereign nation on its internal matters? The mother of all contradictions is Joe Biden’s campaign which was initially supported by me and many of my moderate Indian friends has now released this

Joe Biden has been disappointed by the measures that the government of India has taken with the implementation and aftermath of the National Register of Citizens in Assam and the passage of the Citizenship Amendment Act into law. These measures are inconsistent with the country’s long tradition of secularism and with sustaining a multi-ethnic and multi-religious democracy.

This statement is taken straight out of Pakistan’s playbook. The National Registry of Citizens in Assam was done at the direction of India’s Supreme Court. It was also a part of the agreement negotiated by former Indian Prime Minister late Rajiv Gandhi in the 80s with citizens living in the border state of Assam. As I had indicated earlier Citizenship act is strictly India’s internal matter. I do not have a problem with Pakistan but if you look at US-India relations through a Pakistani prism, you will end up losing the game before it even started. The way things look right now, it is game, set and match Trump for the Indian voters. This vote bank could have been won by the democrats easily. On the contrary, the POTUS should hand him a big defeat because of his appalling and inept handling of the pandemic. And “Trump is winning it hands down just by doing nothing”.