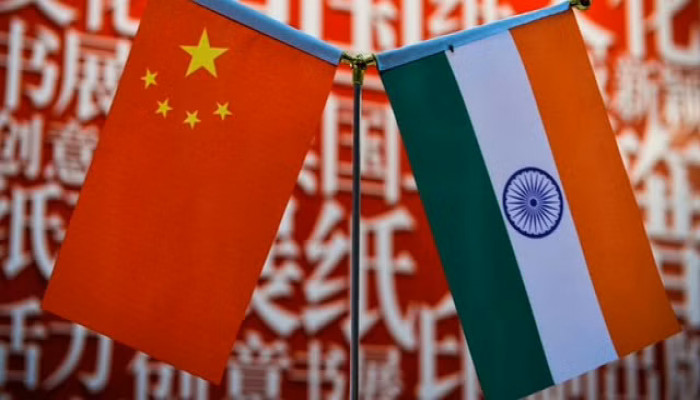 Indian Ambassador to China Pradeep Kumar Rawat has met Chinese Foreign Minister Wang Yi ahead of the BRICS summit and emphasised the "criticality of maintenance of peace and tranquillity in the border areas" to realise the full potential of the consensus between the top leaders of the two sides on the importance of Sino-India ties for Asia and the world.

It was state councillor and foreign minister Wang’s first meeting with ambassador Rawat, which took place in Beijing on Wednesday.

"Bilateral and multilateral issues of interest to both sides were touched upon during the conversation" between Rawat and Wang, who is also the State Councillor - a high-level rank in the ruling Communist Party of China (CPC), a press release issued by the Indian Embassy here said.

"Wang Yi said that the border issue is important and we should stay committed to peacefully addressing it through consultation and coordination," it said.

Recalling the consensus reached between Prime Minister Narendra Modi and President Xi Jinping that the two countries are partners not competitors, Wang said both countries should support rather than undermine each other and enhance trust rather than be suspicious.

The Chinese foreign minister said the two sides should meet each other halfway to push bilateral relations back onto the track of stable and healthy development at an early date, jointly address various global challenges, and safeguard the common interests of China and India as well as the vast number of developing countries.

Wang said India’s tradition of independent foreign policy was reflected in a recent speech by external affairs minister, S Jaishankar, where he had expressed his disapproval of “Eurocentrism” and his hope that no external forces should interfere in China-India relations.

Their meeting on Wednesday assumed significance as it came ahead of Thursday's virtual BRICS summit hosted by President Xi Jinping.