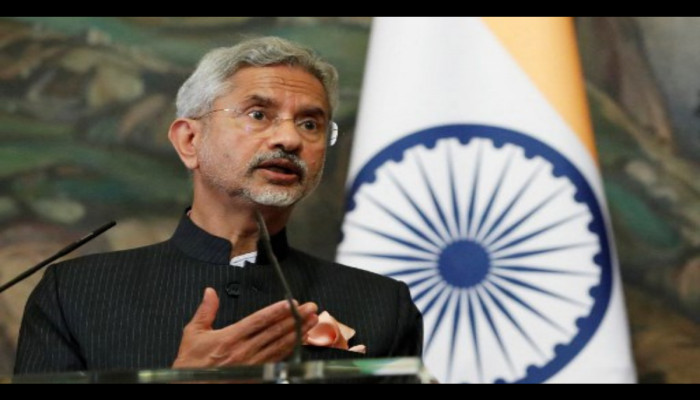 External Affairs Minister S Jaishankar on Wednesday proposed that the strategic Chabahar Port in Iran be included in the North-South Transport Corridor that has the potential to bridge connectivity barriers, as he agreed on a roadmap for future course of cooperation and exchanges during bilateral talks with his Armenian counterpart Ararat Mirzoyan.

"Both India and Armenia are members of the International North-South Transport Corridor (INSTC), which has the potential to bridge the connectivity barrier. So Minister Mirzoyan and I discussed the interest which Armenia has shown in utilisation of the Chabahar Port in Iran and being developed by India,” Jaishankar said in his remarks.

“We also proposed the Chabahar Port be included in the International North-South Transport Corridor; we welcome the use of the Chabahar Port and any other initiative that will encourage regional connectivity,” he said.

When asked about India's interest in the development of the Chabahar port, Jaishankar said, "we are interested because if we develop more ports in Iran and then connectivity from those ports to northwards of Iran, it opens up more trade routes which are land-based, which are more efficient than these sea-based routes."

"We have invested a lot of energy, given it a lot of priority and we, I think, all our participation (member countries) will add more options and more possibilities to an initiative which has been under discussion," EAM stated.

"So, the key today to economic progress is to be more competitive in terms of movement of goods and that is why this is important and, at least, I mentioned Chabahar to the minister because it is a port in Iran which India is developing and for us it opens up a pathway at least one side to the Caucasus (intersection of Europe and Asia), opens up a different pathway to Central Asia and it is an initiative that we are working with the Russians very closely."

Jaishankar said that about the regional security situation in light of the developments in the Caucuses regions since last year, India's position has been consistent.

"Since the beginning of the hostilities, we have been calling for a peaceful resolution of the conflict in diplomatic means. We have expressed support for the resolution of dispute under the USC Ministry. We have supported the bilateral ceasefire of November 9-10, 2020. India has always been in favour of peace and stability in this region," he said.

"I am very hopeful that my visit today has enabled us to further our cooperation in various stages. We stand ready to support Armenia for the spirit of our close and friendly traditions," he added.